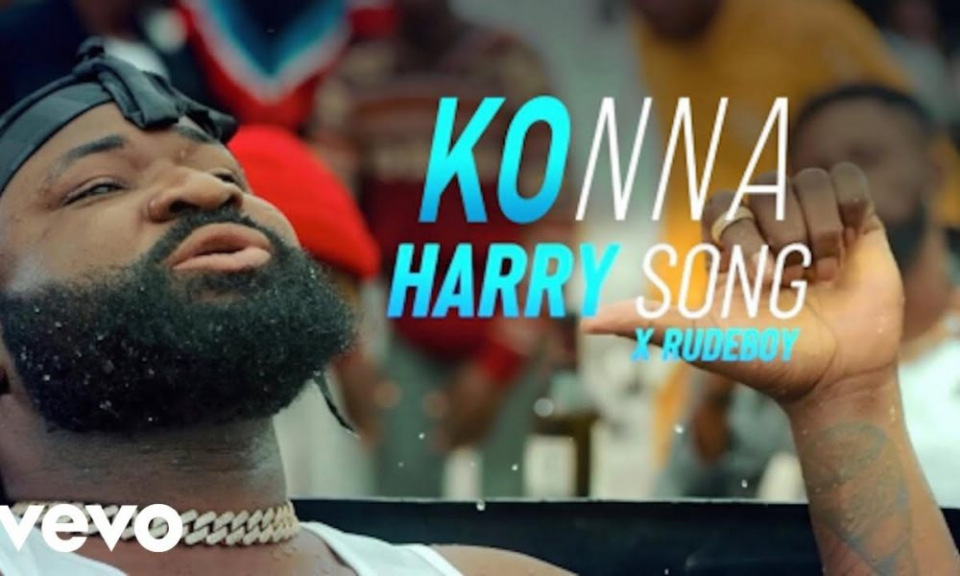 Nigerian singer, songwriter and instrumentalist Harrysong has dropped Visuals for 'Konna', a track of his recently released project dubbed 'Right About Now'.

In the new song, Harrysong who rose to fame after his tribute song to Nelson Mandela won the "Most Downloaded Callertune Award" at The Headies 2013 features popular Nigerian singer Rudeboy.

Rudeboy was formally a member of popular Nigerian music duo group P-Square that consists of his twin brother who has since rebranded to MR P.

The new 'Konna' video was shot on the streets of Lagos, Nigeria and is directed by MR C.

Just incase you didn't get a chance to listen to the song when Harrysong dropped the project, 'Konna' is basically an Afro-pop song that has not only good beats but also a message worth keeping a keen interest with.

The song, produced by Dalorbeats talks about girls ('Konna') who like hanging out with diffrent moneyed men - only interested in being around a lifestyle familiar with the rich, but when the men express sexual interest in them, they are nowhere to be seen.

The video whose quality is worth a mention premiered on August 21, and so far it has over 119k views on YouTube.

Harrysong whose real name is
Harrison Tare Okiri was born in Warri, Delta State, Nigeria to Ijaw parents but moved to Lagos in 2007 after spending some of his early life in Port Harcourt.

Prior to signing to QuestionMark Entertainment, Harrysong used to perform at night clubs until he met Kcee who introduced him to top music personalities.

In 2014, Harrysong was nominated in the "Best Pop/R&B Artist of the Year" category at the 2014 Nigeria Entertainment Awards after the release of his chart-topping song "Beta Pikin".