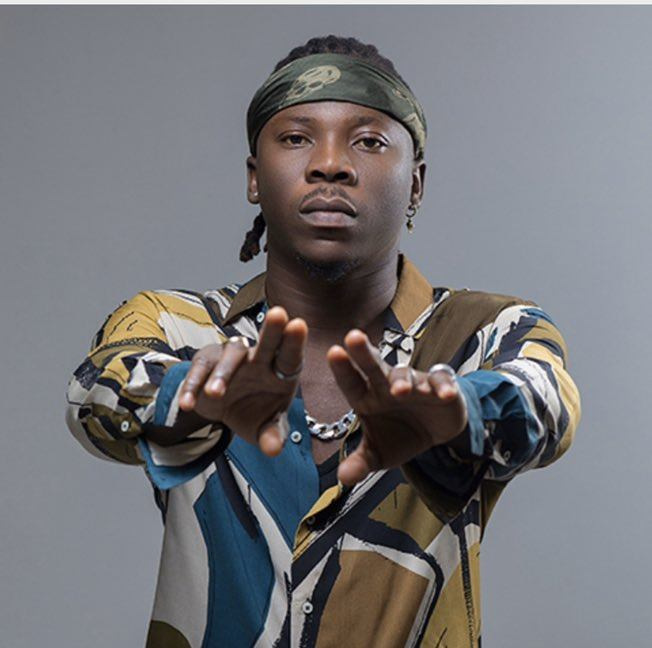 Aisha Modi a, female die- hard fan of Stonebwoy who is also very close to him has recently been making careless statement that are likely to tarnish Stonebwoy’s brand. Nonetheless, journalist and entertainment analyst Nana Yaw Wiredu has advised Stonebwoy not to take any action on her since she is not the official public relations officer of the brand.

“She hasn’t said she’s the official PR for Stonebwoy nor mouthpiece of Burniton Music Group nor the Bhim camp, she loves Stonebwoy, she’s a fan of Stonebwoy. I don’t think whatever she says is a representation of the Bhim group. Whether gibberish or it makes sense, it should be seen as a fan talking about Stonebwoy.” He said in his submission on GhanaWeb TV’s Bloggers’ Forum.

The said fan has recently been all over the news and social media speaking for Stonebwy and his brand, a move that is described by pundits as worrying. She recently commented on Sarkodie’s statement over the confrontation that took place between Stonebwoy and Sarkodie’s Manager, saying that Stoneybwoy was unfairly treated and Sarkodie’s silence on the issue was unacceptable.

“He [Stonebwoy] was at the premises very early from Togo to show you love, an incident happened. He waited till 2am after all the recordings was done to apologize to the entire board for the misunderstanding that occurred before he went home...” She said,

“It didn’t end there. He swallowed the pain and used his various social handles to apologize with a video for the world to know he was at fault because you guys are family but today you hit the nail on his head for your personal interest....who apologize for something done deliberately?” Aisha further wondered.

While most people think Aisha shouldn’t have commented on the matter, considering Stonebwoy and Sarkodie having apologized to each other, Nana Yaw believes that Aisha, like any other fan is entitled to air her views on the matter.

Nevertheless, another pundit, Arnold Asamoah-Baidoo said that the silence that Stonebwoy is giving Aisha Modi’s utterances is an endorsement.

“For the first time in Stonebwoy’s career, there is a void,” he said. “There is no designated manager; there is no designated publicist or PR. In my estimation, Aisha is filling that void where she’s been appointed or not. The other thing is, every other utterance that she’s spewed, has never been disputed by Stonebwoy so silence means consent.” He said.