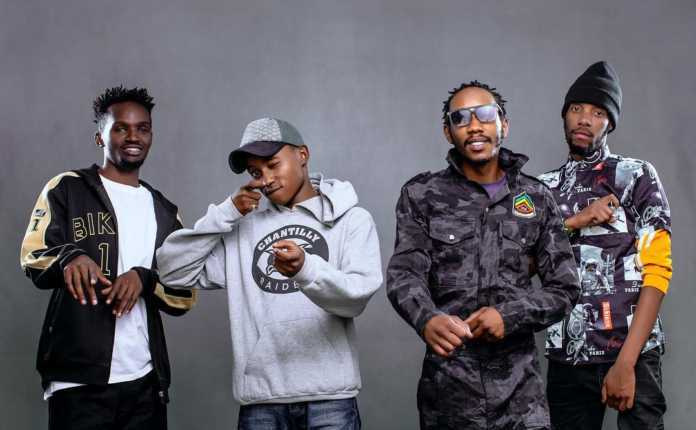 The group has been slow on releasing music giving their ‘Big Man Bado Odinare’ album that was launched in June time to be streamed by their fans.

After over two months of being silent, the group has dropped a new feel good jam that is expected to dominate the Kenyan airwaves over the coming weeks.

Unlike their previous videos which were very raw and had a lot of explicit scenes, ‘Dondoka’ is all about dancing and can be watched by all audiences since the video is ‘clean’.

Watching the video, you get to appreciate the work Ethic is doing in empowering other youthful artistes in the society by offering them a chance to feature in the video.

The ‘Dondoka’ video features a number of talented young kids alongside youthful dancers who showcase amazing dance moves that will surely lead to a #DondokaDanceChallenge in the coming days.

On YouTube, the video is doing well with over 26,000 views in three hours, an indication that ‘Dondoka’ is set to be a massive tune in the country over the coming weeks.