Stonebwoy Visits Angel Town to Offer Him an Apology 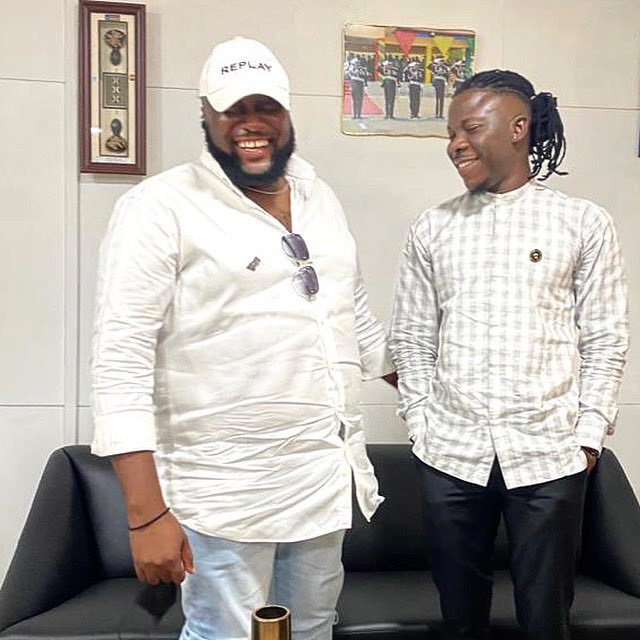 This visit comes a few days after the ‘Putuu’ hitmaker addressed the rumors that he had physically assaulted Sarkodie’s manager and pulled a gun during the incident at the ore-recording venue for the Black Love Concert.

Nonetheless, he, refuted reports that he had pulled out a gun towards Angel Town during their confrontation and asked to be forgiven for his misbehavior. According to Stonebwoy, he had no motive of hurting anyone especially Sarkodie and Angel Town with his actions.

“I genuinely want to apologise to my brother Sark and Angel for all the negative stories that came from our disagreement.” He wrote

He further went ahead and posted a photo of himself and Angel town at Angel’s home which they took during the visit while smiling.

“It’s All LOVE On This Side. Earlier Today Angello. No Bad Blood,” he wrote.

Meanwhile, bloggers are discouraging Stonebwoy from acting violently in public as it paint a bad picture of the way he behaves back at his home with his wife.