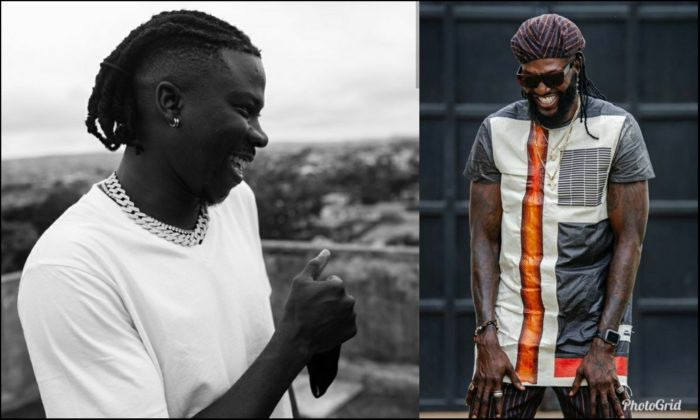 Livingstone Etse Satekla, popularly known in the showbiz circle as Stonebwoy, and Togolese footballer Adebayor have shown off their perfect friendship on social media as they hang out.

While Stonebwoy is a Ghanaian Afropop, dancehall and reggae artiste, who has won multiple awards including the Best International Act: Africa category at the 2015 BET Awards and Artiste of the Year at the 2015 Ghana Music Awards, Adebayor is one of the most talented African footballers from Togo.

Sheyi Emmanuel Adebayor simply known as Adebayor in the football field is a professional footballer, who plays the position of a striker. He has played both local and international football with English clubs such as Arsenal, Tottenham Spur, Manchester City and Crystal Palace.

The friendship between the two goes way back with Stonebwoy even shooting a video of his hit single ‘Higher’ in the Adebayor’s house. The two have been seen hanging out a lot in a friendly mood chatting, laughing and even visiting each other at their homes.

Recently, the BHIM Nation President and ‘Putuu’ hitmaker shared a video of him and the award winning footballer Adebayor talking and having a good time in Adebayor’s car when he visited him. The video has gotten many of his fans admiring that kind of friendship.