Becca Marks 3 years Since The Release Of Her Album " Unveiling" 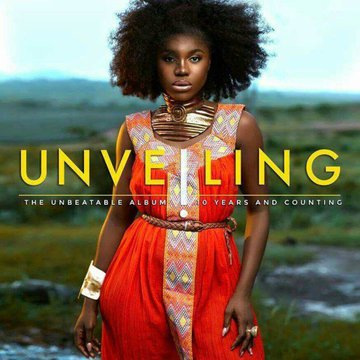 Born Rebecca Acheampong, Becca as popularly known, has now celebrated her third year since the release of her successful solo studio album "unveiling". The multi-talented since who also wears the hats of a humanitarian, a social Activist and an entrepreneur took to her Twitter page to retweet and share some of the messages in response to the influence the album has had since it's unveiling.

The album consists of hits such as With You Ft @stonebwoyb , Na Wash ft @patorankingfire , Don’t know ft @KinaataGh , steady ft @Iceprincezamani , Hwe and Beshiwo ft
@bisa_kdei stream it on all streaming platforms now"
Among the best performing videos by Becca include, "Na Wash" which featured Patoranking,

and Number One which featured Mr Eazi.

Becca just celebrated her second marriage anniversary to Nigerian entrepreneur and artist manager Oluwatobi Sanni Daniel which took place o 18th August 2018. She currently boasts awards and accolades to her name together with two more Studio albums, her debut 'Sugar' from 2007 and 'Time 4 Me' from 2013. 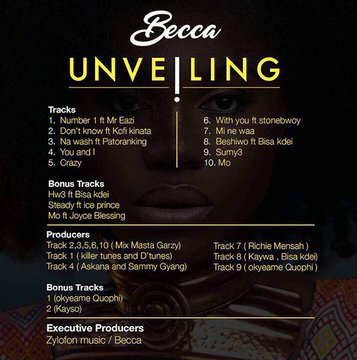