Lyta's Recent Single 'Hold Me Down' Clocks A Million Views 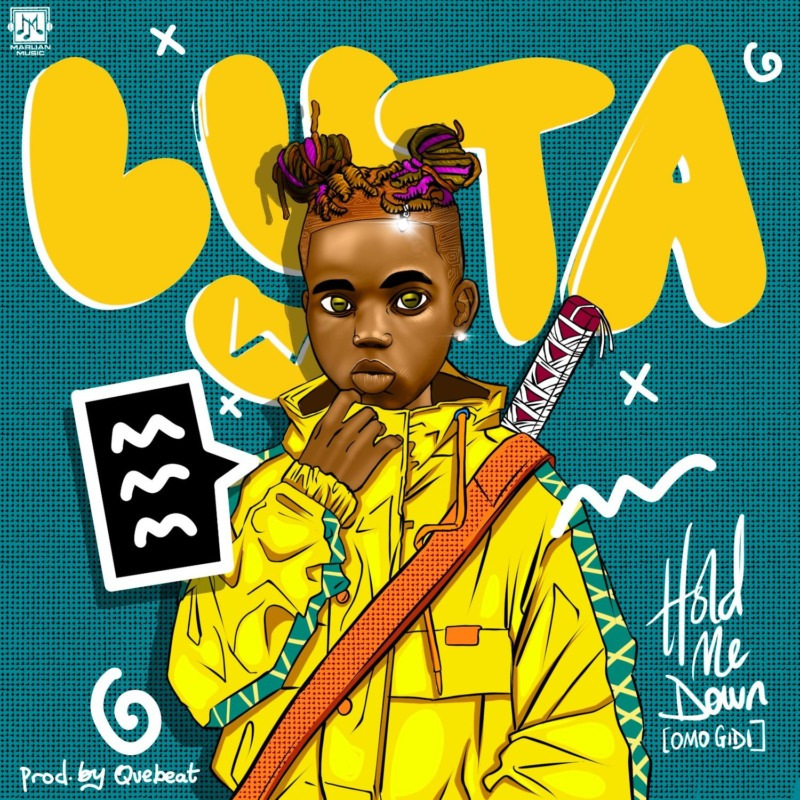 It looks like Nigerian singer Lyta's move to Marlian Music, a recording label founded by fellow singer Naira Marley is already paying off.

Lyta was last week unveiled as the Marlian Music new signee and a few days later he dropped the new song titled 'Hold Me Down'.

Produced by Quebeatz, 'Hold Me Down' or 'Omo Gidi' has so far registered a very positive reception from fans across the globe.

A video that was released hours after the song was unveiled has also been performing well.

Just under a week since its premiere, the 'Hold Me Down' video has now suppassed the one million views mark on YouTube.

It is an achievement that Lyta did not keep away from his fans as he took to social media to thank his fans and rally them to keep watching and streaming his hit single. 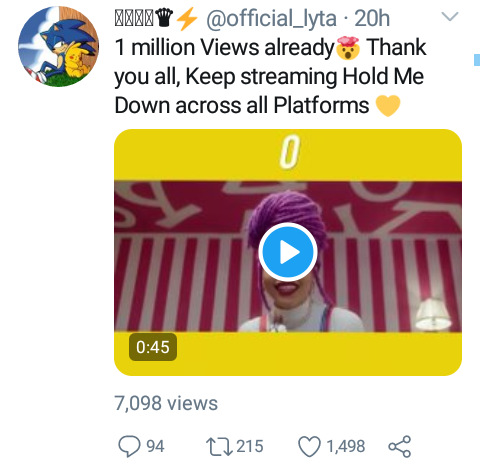 "1 million Views already. Thank you all, Keep streaming Hold Me Down across all Platforms," Lyta tweeted.

The official video, is inspired by Kpop Korean Boy Band GOT7 and BTS was posted on Naira Marley's official YouTube channel on August 14.

Hold Me Down’ (Omo Gidi) produced is basically an Afrobeats song in which Lyta sings about locking his lover down.

Lyta signed a record deal with Olamide's YBNL Nation in 2018 but left a year later, in 2019 due to contractual and personal issues.

After exiting YBNL, he signed with Doro Musik Gang.