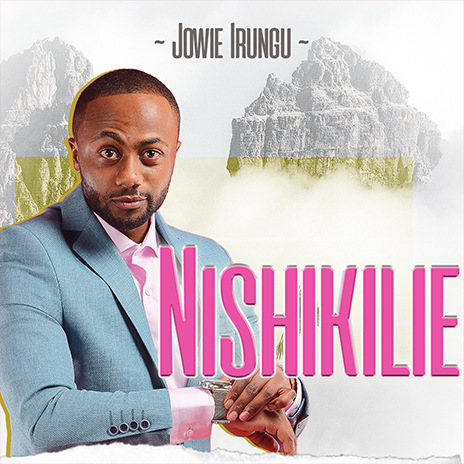 Jowie Irungu popularly known by many as Jowie has released his debut gospel single titled Nishikilie.

Produced by Safri Records, Nishikilie is a Swahili word which means Hold Me.

Jowie who has been working with Safri records since May 2020, strongly believes that new beginnings could happen more than once and in different ways.

Through the song 'Nishikilie', he highlights the story of his complete transformation similar to the biblical conversion of Saul to Paul.

The inspiration behind the song is derived from Psalms 31:15 _ “My times are in thy hand: deliver me from the hand of mine enemies, and from them that persecute me.”

Jowie acknowledges that he has been through a lot of difficulties and seeks the hand of God as he walks into a new and transformed chapter in life.

Unknown by many, Jowie is just but rekindling his love for music. He has always loved music and was involved in it at a young age.

At some point in his life, he was a voice coach at Agape Church in Nakuru County where he also discovered his love for playing musical instruments.

Jowie grew up playing the drum set and the bass guitar. He is also a great music writer and hopes to pen down more inspirational music.

His musical journey has just taken off and he anticipates a great reception from those who will listen to his music.

“I have over 20 songs that I have written and recorded at Safri Records awaiting release. Through my music, I hope many will be inspired. I want to use my testimony through my music to bring healing and transformation to all those seeking a new beginning,” he said.