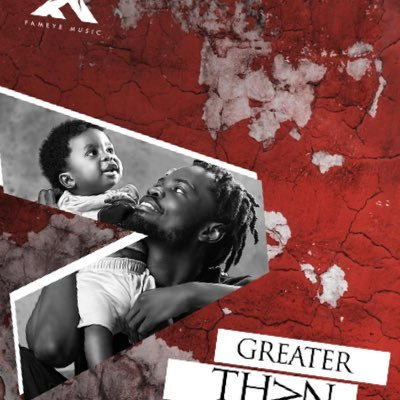 Ghanaian Hiplife musician and songwriter Peter Famiyeh Bozah, famously known by his stage name as Fameye is set to release his new album dubbed ‘Greater Than’.

This revelation was made by Fameye through his social media pages where he thanked his fans for being patient with. He further urged them to continue supporting him before and after the release of his album. He took to his twitter handle where he shared the official album art for his album. The hiplife artiste also shared a picture of his new born son called Arvid Fameye Jnr.

He wrote:
“Myself and my super star Together we are greater Than more than!! #greaterthanAlbum drops soon. Ghana I will need your support thank you!!! Art by @jeneraljay #greaterthan.”

His hit songs have also won him several awards since he broke into the music limelight. He has been able to earn several VGMA nominations through his hard work where he is likely to bag at least one of them more especially the Best New Artiste of the Year.