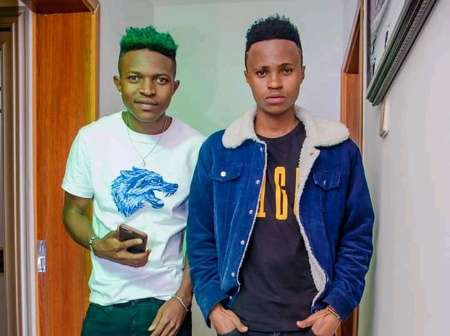 Celebrated Kenyan gospel musician Mr Seed has claimed that he has been receiving threats ever since he announced plans to drop a collabo with former EMB records musician Peter Blessing.

According to Mr Seed, he was set to drop the new song on Tuesday, August 11, 2020 but was forced to put the same on hold due to the threats.

He noted that some unnamed persons had threatened to have the song deleted from YouTube if he posted it online.

So I was supposed to to release our new project with PETER BLESSINGS.. but av been getting threats that niki upload wana strike ... coz of Peter ... I have screenshots za hizo texts namatusi wananitusi na madharau mingi sana Zenye hazini furahishi but am not a type of guy wa hizi Kiki that’s why sijakuwa nikiongea ... so guys how can you advice me to do??? Coz am just doing Gods work n supporting this guy anakazana atlist ajisaidie na asaidie mzazi wake but anytime anafanya move inatolewa it’s not fair .. so tuduaje???” he posed.

Peter Blessings was an EMB artistes, but parted ways with the label after irreconcilable differences with the owner Bahati.