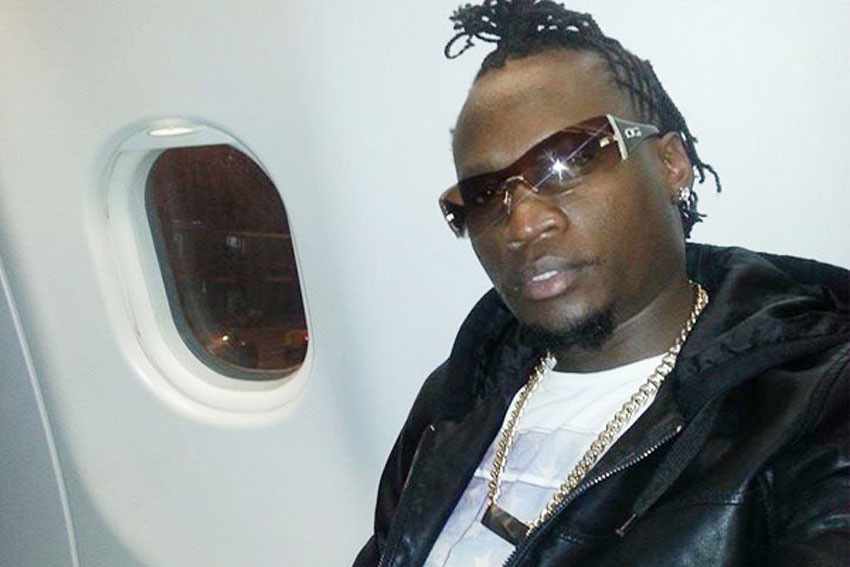 Social media was on Monday a buzz after an audio leaked online with a person believed to be musician Eddy Kenzo, accusing Bobi Wine of publicly disrespecting fellow artistes.

In the leaked audio, the person believed to be Eddy Kenzo gives an example of Bobi Wine reportedly refusing to endorse Jose Chameleone in his new National Unity Platform (NUP) political party, but instead issues membership cards to artistes like Roden Y Kabako.

However, Peter Miles has dismissed the reports, terming them fake news. According to him, Bono Wine is like a brother to him, and as such, he cannot do such a thing.

"It’s come to my attention that some malicious person has put up fake news about me and Honorable Kyagulanyi AKA Bobi Wine. Bobi Wine has been my friend for over 20 years and we still talk as brothers the earliest being last week when he gave me a call and we had a casual talk as longtime friends.

"I don't know the intention of this as those who know me very well know this is character assassination. Please consider this as FAKE NEWS. I advise that you also ignore it and treat it with all the contempt that it deserves. ONE LOVE WE PROMOTE TO DI FULLEST," Peter Miles posted. 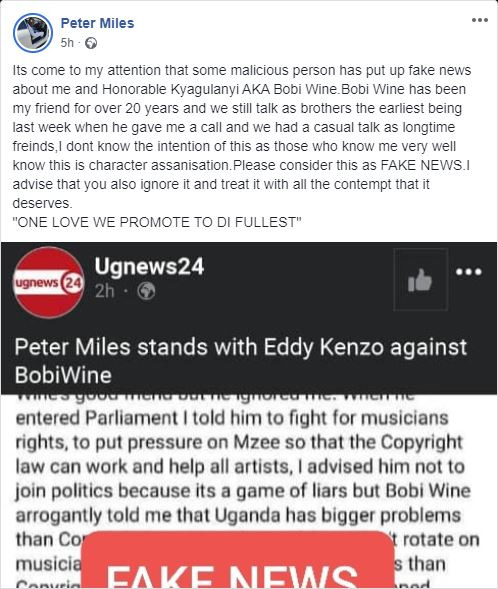 Bobi Wine is yet to issue a statement regarding the leaked audio.