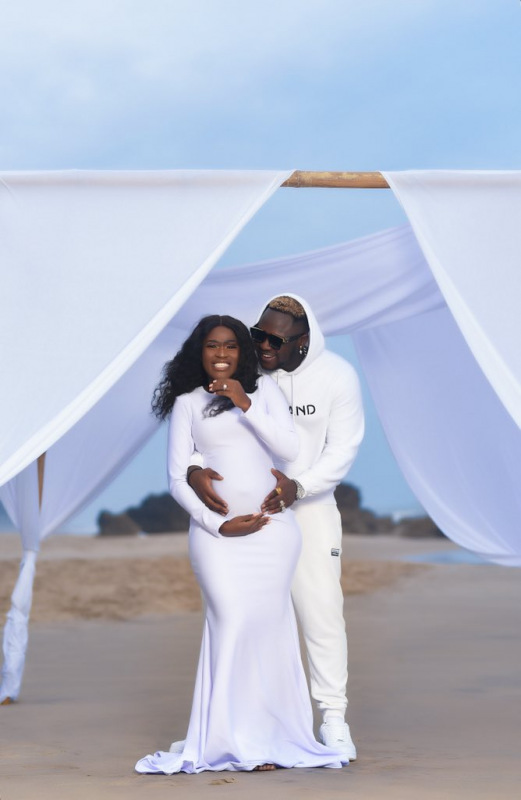 Award-winning hip-hop artiste Medikal and his actress wife Fella Makufui welcomed their first child a month ago after hiding their pregnancy from the public eye. The beautiful baby girl was born exactly five months after the two got married in a colorful traditional wedding.

The information was revealed by a close source to sammykaymedia.com on 8th August 2020. Medikal also confirmed the good news on the same day by taking to his Instagram page to officially announce the release of his new song “Odo” featuring King Promise.

In the music video, scenes of the pregnant Fella Makufui showing off her big belly are displayed. According to the renowned hip hop artiste Samuel Adu Frimpong popularly known by his stage name as Medikal, the song is meant to celebrate his wife, as well as congratulate her for giving him a baby.

Although the song was recently released, it is evident that it is no talking about the current status of Mrs. Frimpong since she is not pregnant, but rather gave birth a month ago. The video seemed to have been shot months ago, when Mrs. Precious Fella Frimpong was still pregnant.

Prior to the official announcement, the couple had dismissed the pregnancy rumor to the public even when some fans had sure claims of detecting a baby bump in most of Fella’s photos. Nonetheless, the good news has been well received by most people with most of her colleagues such as Dope Nation and Sista Afia passing congratulatory messages to the two.