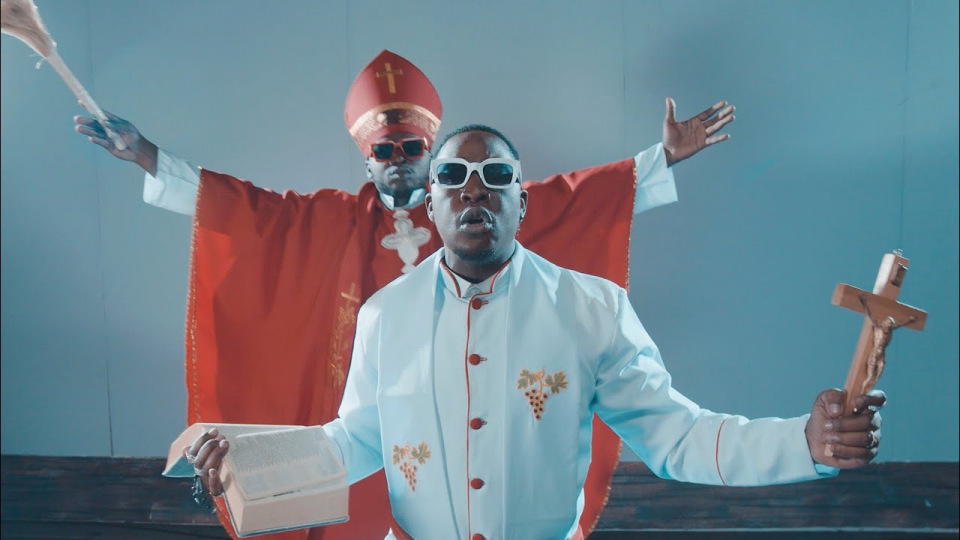 In the new release, the duo asks God for the forgiveness of their sins, and for him to bestow His blessings upon them.

In the video, the duo has adopted a church setting with both of them donning Lego Maria regalia, with Khaligraph playing the role of the Bishop.

Khaligraph drops his verse in Luo, English and Swahili creating a nice blend that is worth listening to.

In an Instagram post after the video premiered, Khaligraph noted that he was grateful for the opportunity to feature on ‘Nyakalaga’.

“Big shout To the Luo Rap King @japesakenya for featuring me on this project,” he posted.

The new release is proof that Khaligraph is dynamic and can rap effectively even in his mother tongue, which he previously noted that he is not so fluent in it.

Barely a day after it premiered, the video is doing well on YouTube with over 30,000 views so far.

‘Nyakalaga’ is a pioneer afro centric gospel song and will surely open doors for other vernacular artistes majoring on the same to freely churn out their content.