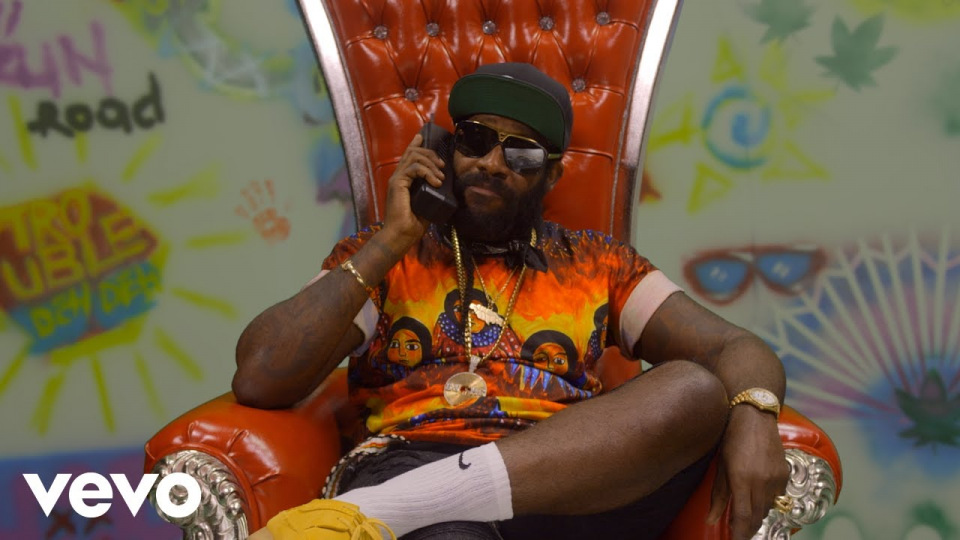 ‘Fresh Prince of JA’ is a feel good song that Tarrus rap/sings through declaring himself the fresh prince of Jamaica. It follows a comedic progression even lyrically and it is without doubt that Tarrus wanted to create a fun and bubbly song for the summer.

The single is created over the original ‘Fresh Prince of Bel-Air’ beat. There is then a reggae/dancehall beat that is layered over that funky hip-hop beat. This maintains the feel good mood over the song which also allows the gimmicky nature of the lyrics.

The video starts off with a recreated scene from the ‘Fresh Prince of Bel-Air’. Tarrus Riley acts in place of Will and he incorporates all the colour both in backdrops and in clothes as was in the sitcom. Tarrus is shot sitting on a similar seat as Will’s in the intro song for the comic. Tarrus gets his crew to represent everyone in the comic.

This is definitely a colourful video to watch and a more pleasing song to listen to because it is such a feel good vibe. This will definitely feature in many summer playlists. Catch a comedic vibe with Tarrus Riley on ‘Fresh Prince of JA’.