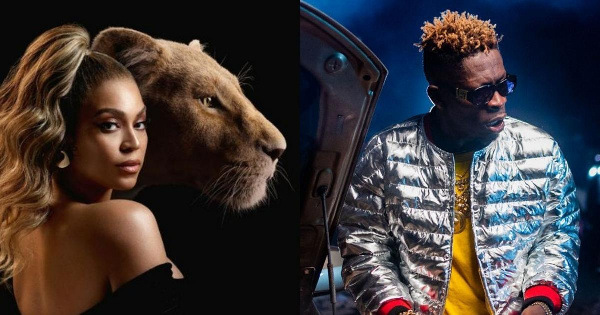 Shatta Wale is probably the most talked about Ghanaian in Ghana and probably Africa right now after his video with Beyonce for their song 'Already' hit the internet.

The Ghanaian dancehall act was featured by the American superstar on 'Already', a song on her Lion King; The Gift Album.

Beyonce released the music film today, July 31, but social media had already started trends for the video even before it could be premiered.

" it's been a year in a making. I worked with a diverse group of very gifted directors, actors, creatives from all over the world to reimagine the story of the Lion King" Beyonce said while speaking about her new project in a viral video, she said

She continued that " but it all started in my backyard, so from my house, to Johannesburg, to Ghana, to London, to Belgium, to the Grand Canyon, it was truly a journey". She granted the interview this morning on ABC's Good Morning America TV show about the project that will be released this evening.