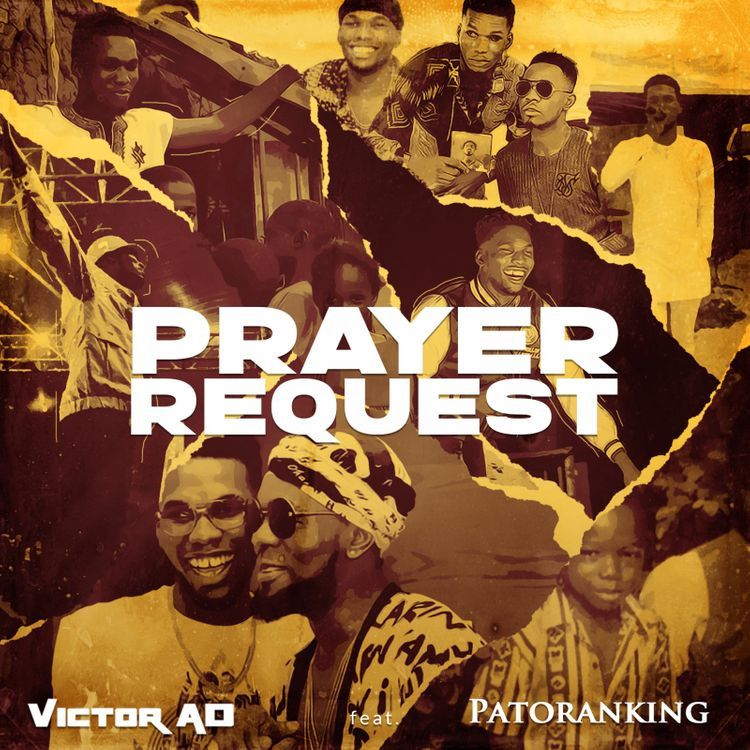 A recently released visual of a single from Nigerian singer and songwriter Victor Adere better known as Victor AD has registered an impressive over a million views on YouTube.

The video for the song titled 'Prayer Request' that features award-winning Nigerian Raggae/Dancehall singer Patoranking premiered on July 24 and a few days later it has over 1.1 million views.

'Prayer Request' is basically a prayer song in which Victor AD and Patoranking sings about the things they want to get in their musical career and their lives.

The video to the song is produced by Unlimited LA.

Here are the lyrics to the buzzing Raggae/Dancehall track:

Victor AD started his musical journey in 2014 and his first music release was "Jowo"; the song became a theme song for Radio Continental.

In 2017, Victor AD released the single "No Idea". The music video for the song, which was shot and directed by Cinema House Images in late 2018, was endorsed by TV stations in Nigeria.[5]

In 17 June 2018, Victor AD released the single "Wetin We Gain", and was discovered by the management company Longitude Promotions in 2018. The music video for "Wetin We Gain" has garnered more than 4.5 million views on YouTube.