Cheque: An Instagram Freestyle Got Me Signed By Phyno 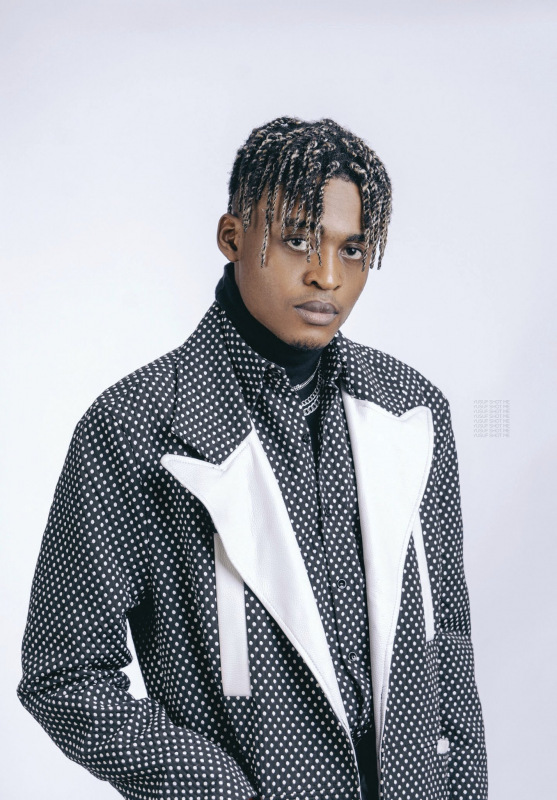 Super talented Nigerian singer and rapper Cheque on Tuesday night held a live question and answer session with his fans on Twitter.

During the session, Cheque answered questions from his fans concerning his musical journey, how he creates his songs, his inspirations and his choice of stage name.

In one of the questions one of the Twitter users asked on why the singer and rapper thinks inspired the Penthauze Records boss Phyno signed him. 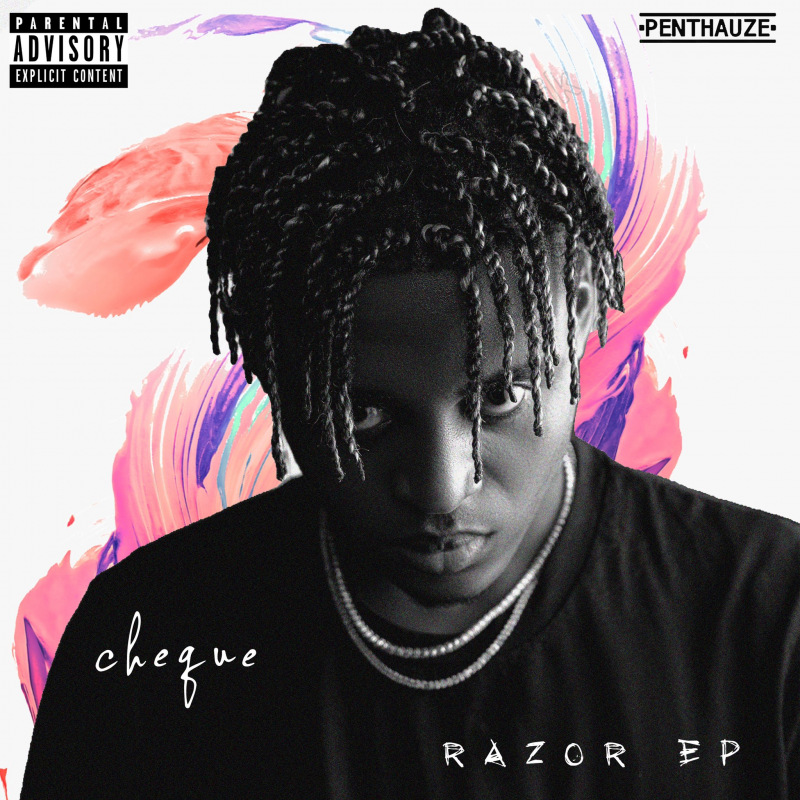 "What do you think inspired phyno to sign you?" the user asked with Cheque simply replying "An Instagram Freestyle".

Cheque, formerly known as “KYLE-B” was signed into Penthauze Records in February, 2019 and collaborated with other label mates on the hit track “NYEM SPACE” which was released in March 2019.

During the Q&A session, Cheque also revealed that he first stepped foot into a studio to record a song in 2014.

He was responding to a users question: "At what age did you FIRST step into a studio to record music?"

As for his choice of the stage name, Cheque said he picked it because he would usually say those words (Check) several times whenever he was about to start rapping or singing.

A Twitter user had asked if he chose it or it is friends in school that have him the name.

"Go it in school , cause I always say it too much before I started rapping then," Cheque said. 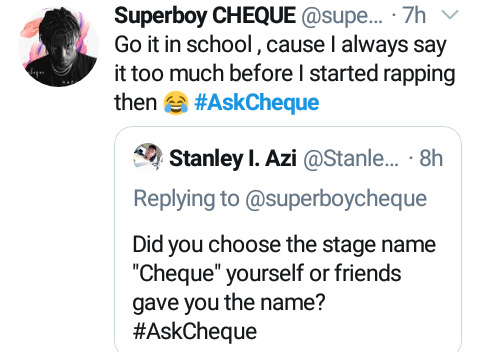 Cheque who recently released his debut Extended Play (EP) dubbed Razor further noted that he always writes his songs based on his mood.

He was answering the question "What is your writing and recording process like?"

"I just explore any mood I’m in at that particular point and I go in on the beat , I just vibe, then I write the Lyrics after I finish the song."

Watch visuals for the lead single of Cheque's Razor EP.