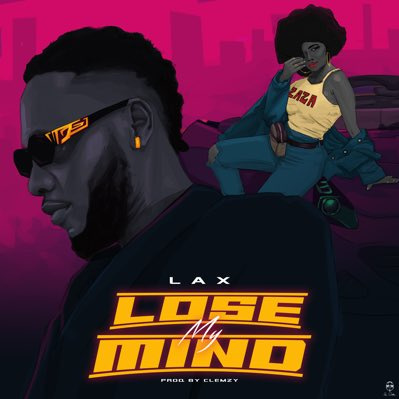 The new single titled 'Lose My Mind' was officially released on Tuesday, July 28.

'Lose My Mind' is an Afrobeat love song with some elements of hip/hop and perfectly delivered in L.A.X signature vocals.

When sharing the song's link with his Twitter followers, L.A.X he will only be dropping 'classics' this year.

In another tweet, he said "This song means so much to me . I want you to share and make sure someone falls in love today."

So far only a Lyric Video has been posted on the American online-video sharing platform YouTube.

'Lose My Mind' is the third single that the Razaki Music Group Chief Executive Officer Officer has released this year.

It follows the hugely successful debut single of the year 'Gobe' in which L.A.X featured Nigerian music icon 2Baba and a remix to the hit about two months ago in which he featured two of the biggest Nigerian female artists Tiwa Savage and Simi.

L.A.X started out as a rapper and was part of a three-man group called Flyboiz while he was still in high school.

On August 20, 2013, he signed a major-label deal with Starboy Entertainment, moments after releasing the critically acclaimed song titled "Caro" which won him the "Diaspora Artiste of The Year" at the 2014 edition of the Nigeria Entertainment Awards.