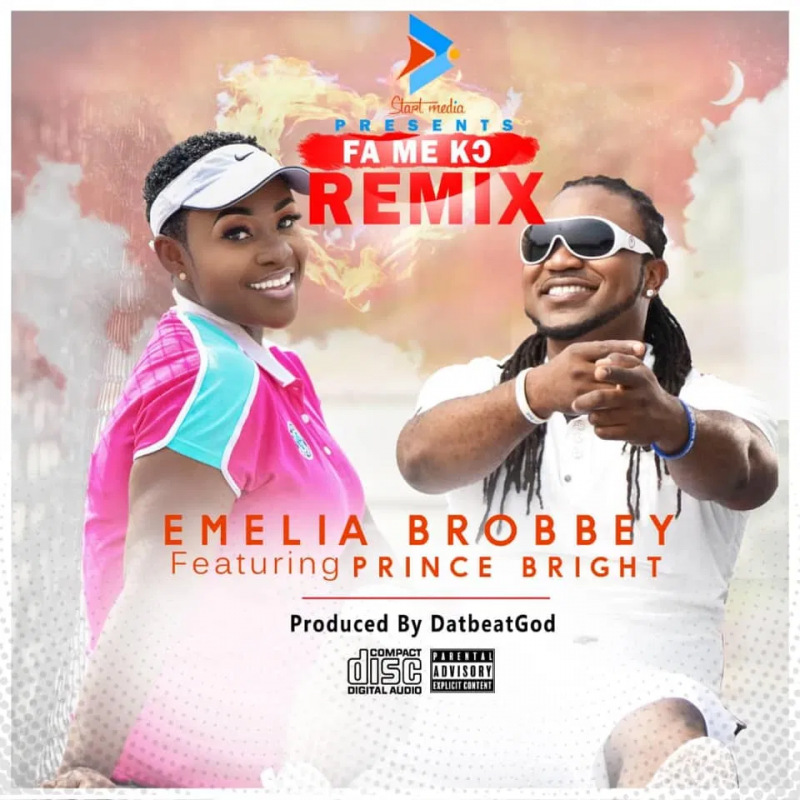 Actress Emeilia Brobbey has finally settled on Prince Bright of Buk Bak fame to do a remix of her viral hit, 'Fa Me Ko'.

the release of the original saw the famous actress becoming a victim of internet trolls. She trended for days on social media with so many meme made after her song. This may have worked in her favour as Youtube views of the song soared with several top musicians expressing interest in her new craft.

“It is a nice song and I love it; you know it is not usual for an actress to do such a song so I commend her for that. I have listened to it and if Emelia should call me to say I need you on that song, I will gladly jump on it.

I love Highlife and I love Emelia as well, she has been a very good friend of mine for a long time. That song is great,” Okyeame Kwame told Graphic Showbiz in reaction to the numerous backlash hurled at the actress.

In a recent interview on Gye Nyame FM in Kumasi, Emelia Brobbey confirmed that she had settled on Prince Bright.

It seems after all that internet trolling worked for her.