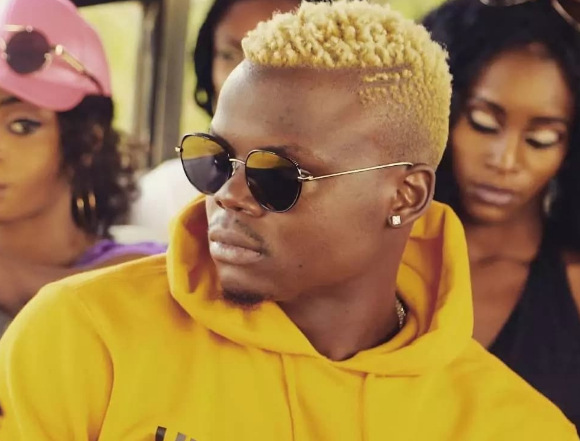 Konde Gang’s Harmonize is among the few artistes that attended and performed at the funeral service of late former Tanzanian President Benjamim Mkapa earlier today.

During the funeral, Harmonize was granted an opportunity to perform his tribute song ‘Amen’.

He did amazingly well for the first bit of his performance, but broke down towards the end, walking away from the stage before he could finish the entire performance.

‘Amen’ was done in remembrance of the former president’s good deeds to the Tanzanian people during his tenure in office.

In the jam, Harmonize lists several projects that the late Mkapa initiated in the country, and how they have impacted on the lives of Tanzanian people.

Following his exit from the stage, the live band had to up their game and continue singing without vocals from the Konde Worldwide boss.

The late Mkapa was buried earlier today at his home in Mtwara. Mkapa was the third President of Tanzania.

Meanwhile, Harmonize’s ‘Amen’ jam was earlier this week pulled down from YouTube over claims of copyright infringement by fellow artiste Rosa Ree.

According to Rosa Ree’s management, Harmonize used one the artiste’s beats without seeking consent from her, adding that they will not enter into any form of negotiatios with Harmonize’s team.

Neither Harmonize nor his management have addressed the issue.