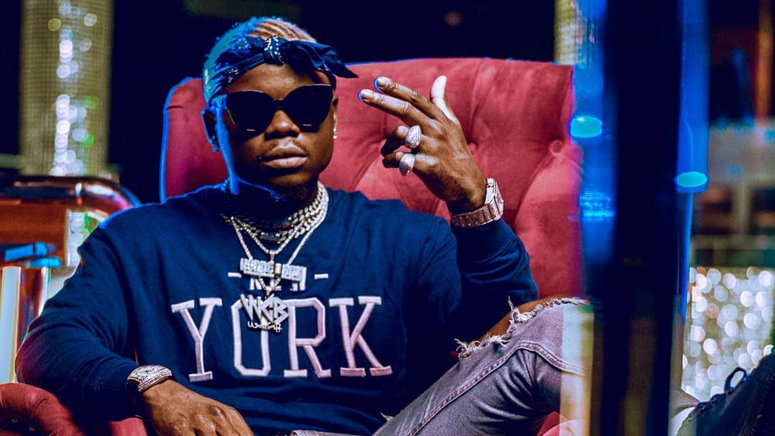 Konde Wordlwide founder Harmonize is doing really musically, with his songs dominating most charts in the East African region.

On this week’s Mdundo Tanzania Top Ten Chart, the ‘Bedroom’ hit maker has four songs, making him the dominant force on the charts.

The top song on the chart is Harmonize’s latest hit ‘Mpaka Kesho’ which features renowned musician Mimi Mars as the video vixen.

The all emotive song has resonated well with music lovers across the region making it the most popular song on Mdundo Tanzania this week.

Other renowned artistes who made it to the top on the chart include; Kings Music boss Alikiba , Wasafi’s Diamond Platinumz and Nandy.

It is important to note that of the top ten songs, 9 are local Bongo hits with only one being foreign.

The foreign jam that made it to the Tanzanian chart is Jericho by Simi ft Patoranking.

Here are top 10 songs from Mdundo chart this week: 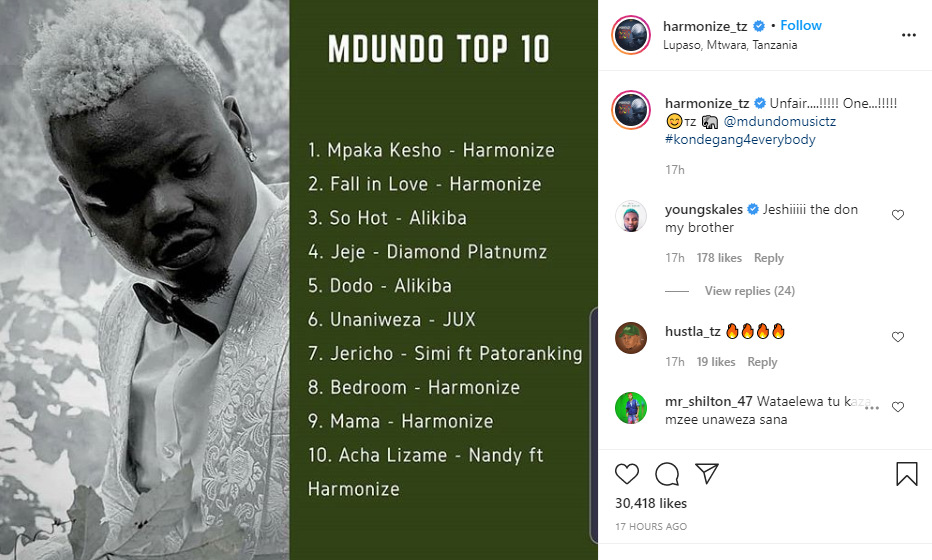