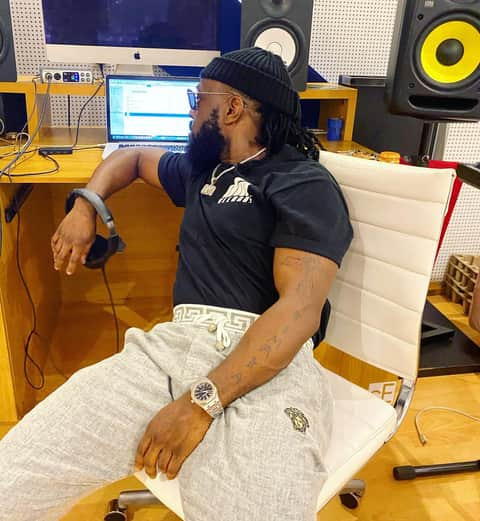 Timaya who is the founder of DM Records Limited has for several months been working on his new album titled 'Gratitute'.

In a post on his official social media pages, Timaya whose solo career began in 2005 with the release of "Dem Mama", which also appeared on his debut album, True Story released the following year said the album was ready.

He however did not provide details of when it will officially be released.

Details about the 'Gratitute' album remain scanty but with the announcement that it is now ready, expect more from the singer soon.

Earlier, he had said that the upcoming album will be too GREAT.

Last week, the 42-year-old singer tweeted that "Not bragging but u would understand when u listen to GRATITUDE." 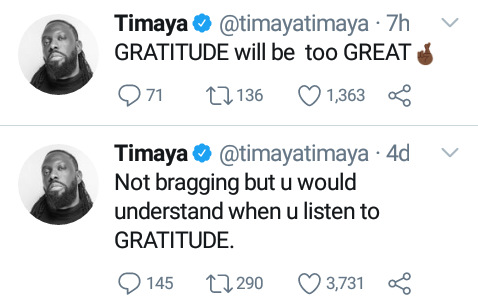 Timaya has so far released 5 albums and one Extended Play (EP). The upcoming album with his eight body of work and 6th studio album.

Other previous projects include:

On June 26, Timaya released visuals for a first single off the 'Gratitute' album. Visuals for the single titled 'Born To Win' has over 650k views on YouTube.