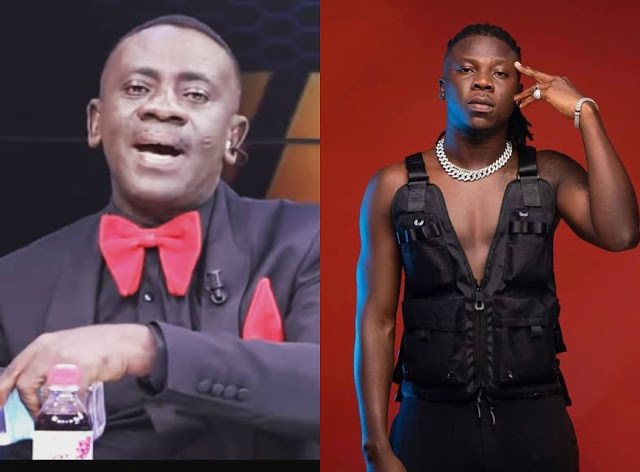 The Lumawood actor said this on his show ‘The real News’ on UTV where he described Stonebwoy’s Putuu song as garbage and that there were only three words that were used in the song “ego, (solemo) pray and better”

It is undeniable that Stonebwoy’s Putuu song has received a lot of mixed reactions since its release. The song has become the most discussed with negative reviews and some praise from a few of his fans. Most people who have posted negative review including Akrobeto have cited that Stoneybwoy can do much better that using three words in an entire song.

"Stop this and make something special," he said on his ‘The Real News’ on UTV

According to Akrobeto, Brass band would better represent Ghana anywhere as compared to Stonebwoy’s “Putuu” song and advised him to up his game and do real music before losing his position in the Ghanaian Music Industry.