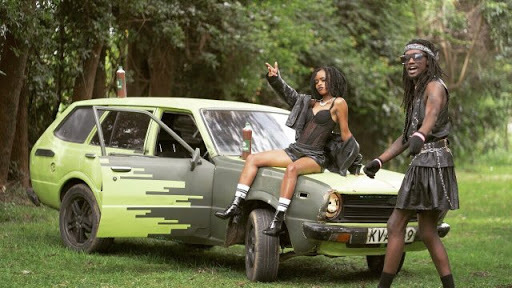 In the new release, the artistes address the sensitive issue of rape, and why everyone needs to say no to the vice.

In his verse, Benzema notes that as a man, you have sisters, your mother, aunties and other ladies that play an immense role in your life, and by engaging in rape, you violate their rights as women.

His point is echoed by Mrasta who notes that sexual offenders are a disgrace to society, and should not only be jailed but also executed to act as a lesson to any persons thinking of engaging in the vice.

Watching the new jam, you feel the sincerity of the artistes’ message as both of them have a history with rape. In 2018, Benzema was falsely accused of rape, while Mrasta is a victim of rape.

The video is doing relatively well online and has over 2,000 views in less than 24 hours.

‘Paka Permit’ is timely comes at a time when cases of rape especially among minors have increased in the country.