Weasel Comes Clean on Claims of Being Violent 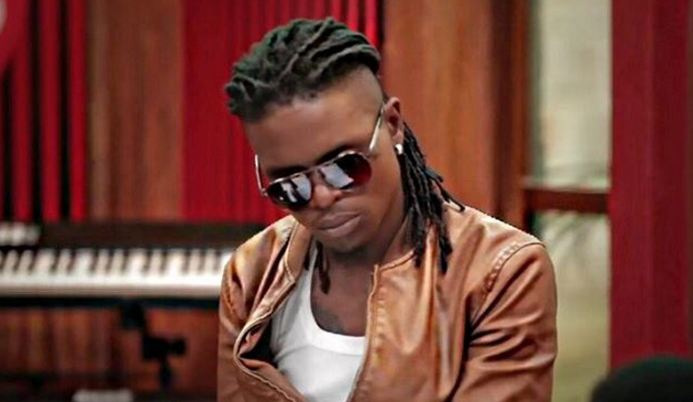 Renowned musician Weasel Manizzo has dismissed claims that he is a violent person.

For quite some time now, Weasel has been facing accusation of being violent, claims that escalated recently after producer Goddie accused him of assault and spoiling his studio equipment.

Speaking during a recent interview, Weasel maintained that he is not a violent individual, adding that people who throw such accusations around are not genuine.

He noted that the media is always misjudging him and painting him as a violent man without listening to his side of the story.

"I just don't understand people who say I'm ill mannered. They say good and bad can't be in the same place so anyone who does not tolerate what I do, is bad for me. But I tolerate a genuine person. All my friends know this, take an example of Chagga (Goodlyfe manager), we fight but we always make up.

“Those who say I'm ill-mannered are not genuine people. They come looking for collabos and once they get it, they behave like it is all done and they would never even give me a call ever. But the people I hang out with, look at Chagga, I started out with him; he in fact taught me how to sing but we are still together," he said.

The late Radio and Weasel started out with Jeff Kiiwa as their manager (now Team No Sleep record label owner), but had a bitter split and prior to Radio's death, their beef had taken them to as far as the courts.

Currently, they are in good terms. According to Weasel, they put the beef behind because life is too short to be fighting.