Burna Boy's Single 'Wonderful' Debuts On Billboard At No. 16 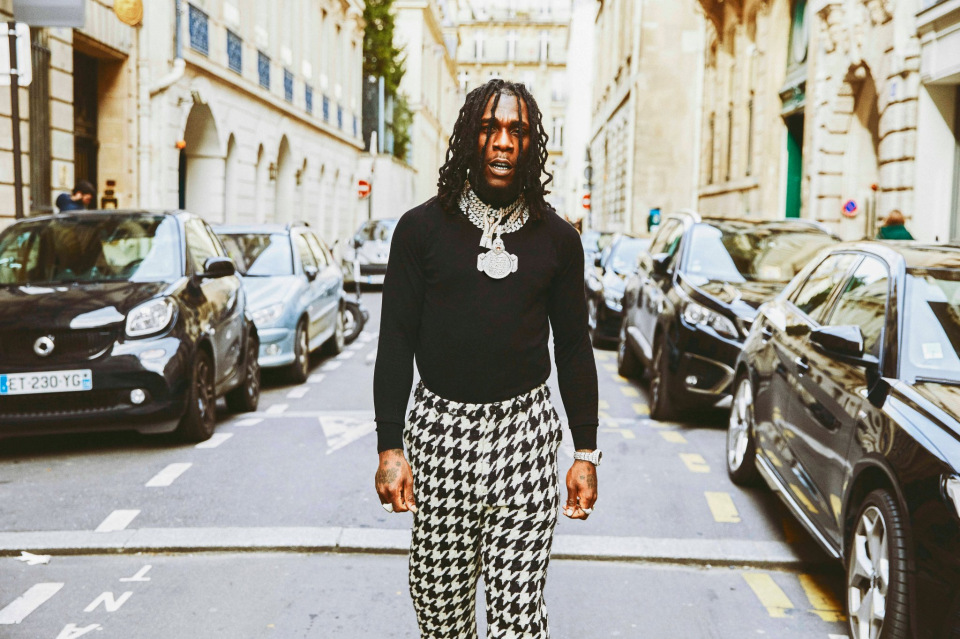 Recently released hit single by popular Nigerian singer and songwriter Burna Boy has finally found its way on the Billboard.

Released about two weeks ago, the new single 'Wonderful' has been enjoying airplay on both radio and TV.

In a tweet on Saturday, Spaceship, Burna Boy's record label said 'Wonderful' had debuted on Billboard at number 16.

Billboard, stylized as billboard, is an American entertainment media brand known for its music charts, including the Hot 100 and Billboard 200, tracking the most popular songs and albums in different genres.

"Congratulations to @burnaboy and @_Telz "WONDERFUL" starts at No.16 on Billboard’s World Digital Song Sales! Keep streaming #SpaceFam "Wonderful" is available on all DSPs #RocketBoys," read a tweet by Spaceship collective which Burna Boy retweeted.

'Wonderful' produced by Telz already has a music video that is performing well. 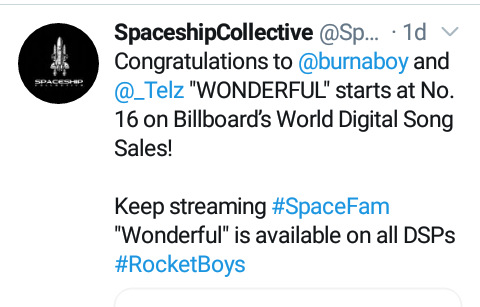 The video directed by Director K premiered on July 1, and has so far garnered over 2.3 million views on YouTube.

'Wonderful' is a first single off Burna Boy's upcoming album 'Twice As Tall'. The album is expected to be officially released this month of July.

'Jerusalema Remix' in which Master KG featured Burna Boy is also already in the billboard, currently at position 11.

The song has been on the billboard for two weeks now and it peaked at number 6.

Burna Boy has emerged as force to reckon with in the Nigerian music industry and recently scooped a back-to-back award for Best International Act at the BET awards.

In 2019, he was announced as an Apple Music Up Next artist and his fourth studio album African Giant which was released in July 2019 it won Album of the Year at the 2019 All Africa Music Awards.

The album was also nominated for Best World Music Album at the 62nd Annual Grammy Awards.