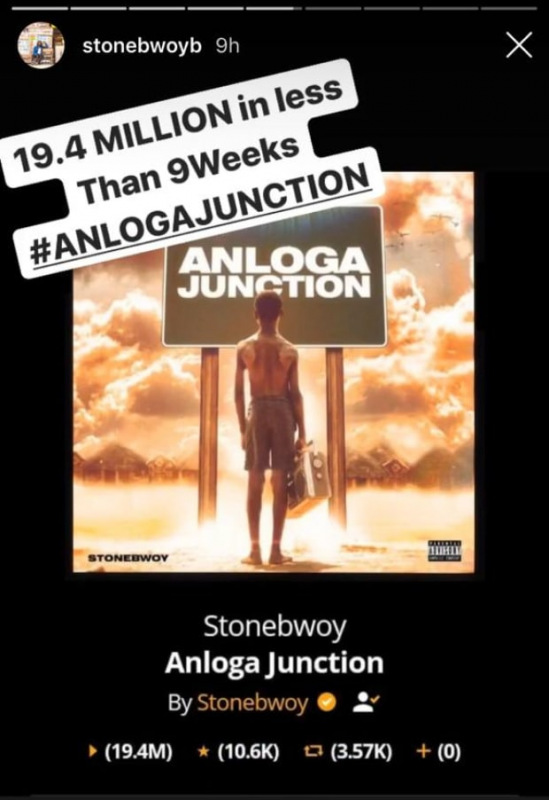 But the album is not the only project of Stonebwoy that is enjoying the millions. His "Nominate" music video which was released simultaneously with the album and has made 2.2 Million views mark on YouTube.

Last year, Stonebwoy topped Boomplay’s ‘Most Streamed Artiste’ of 2019 in Ghana. That feet made it the second time in a row he won the prestigious title, as he bagged the same in 2018. In a Music Facts sheet report based on data from the music app, which has over 60M+ users globally with over 4.4M from Ghana. Boomplay also boasts of an expansive catalogue of over 20M tracks and is available on iOS, Android and web.

However, according to statistics, in a short time, Stonebwoy has attained another milestone – his fourth studio, Anloga Junction album has gained close to 20m streams on the Africa’s biggest digital music service.

He leads the celebration, as he becomes the first Ghanaian recording and performing artiste to garner this overwhelming numbers in less than nine weeks on the fastest growing music community, lifestyle and entertainment mobile application.