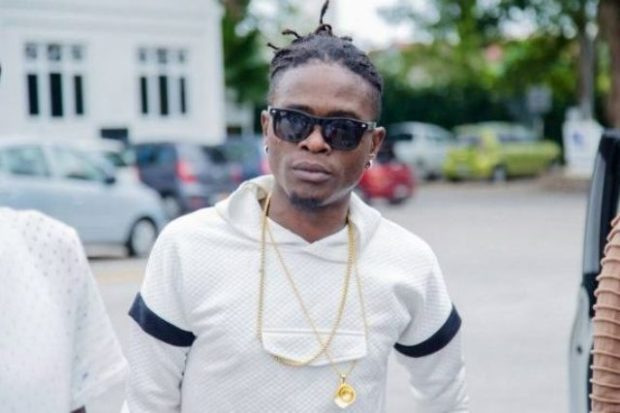 Over the past few months, social media has been abuzz with claims of musician Weasel being violent and attacking his wife.

On Thursday, a video circulated online showing his wife carrying her bags alongside her children moving out of their home, with reports indicating that she decided to leave after a fight with the musician.

However, in an interview with Spark TV, Weasel laughed off the claims, stating that the video showing his wife leaving the gate is part of a scene in his upcoming video.

"Thank you for your concern. That video was recorded today morning, but like you know I have been doing some rehearsals and that is for my video shoot which I'm currently working on. You know people say anything because we are celebrities but I'm working on my album," Weasel said.

Early this week, producer Diggy Baur came out claiming that Chameleone and his boys visited his studio and assaulted him.

Police officers from Kampala have vowed to thoroughly investigate the incident once the producer records an official statement at the station.