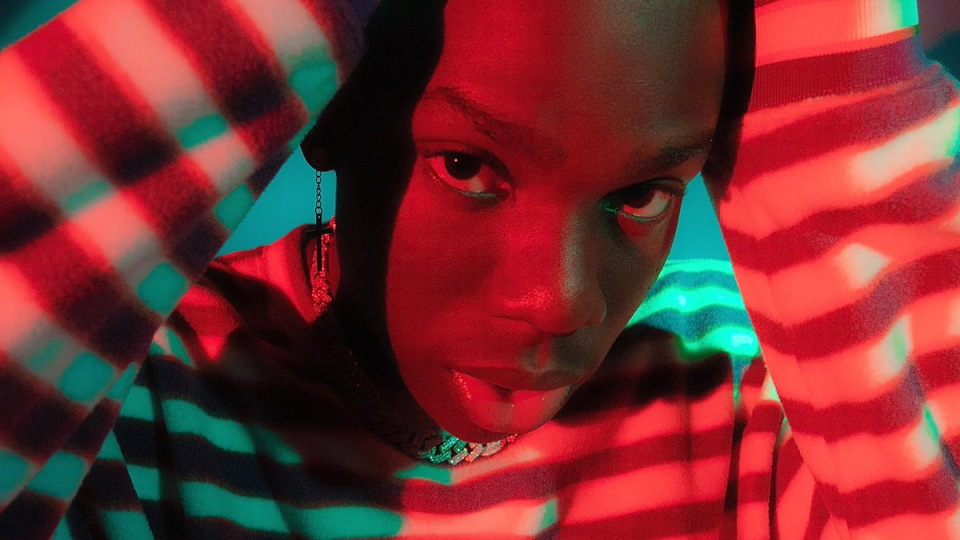 After dropping three hit songs within a month, it seems Nigerian singer and rapper Rema has opted to take a break, probably to re-energize or focus on an upcoming project.

In a tweet on Tuesday, the 'Dumebi' hit-maker announced that his record label Jonzing World will be taking over his social media pages.

Rema told his fans that should they have anything to ask him privately, the easiest way to get quick response would be channeling then through the Jonzing World official Twitter handle.

The take over is will however be "for a while till REMA returns". 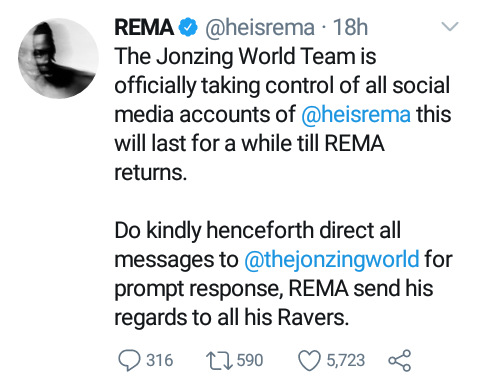 "The Jonzing World Team is officially taking control of all social media accounts of @heisrema this will last for a while till REMA returns." read part of the tweet.

"Do kindly henceforth direct all messages to @thejonzingworld for prompt response, REMA send his regards to all his Ravers."

Rema signed a record deal with D'Prince's Jonzing World, a subsidiary of Mavin Records in 2019.

The 20-year-old singer had a successful year that started with the release his eponymous debut EP Rema in 2019 which peaked at number 1 on Apple Music Nigeria.

Rema also had his hit single 'Iron Man' listed by former US President Barak Obama in his 2019 Summer Playlist.