Cindy Sanyu Lists Her 5 Top Ugandan Artistes During Lock Down 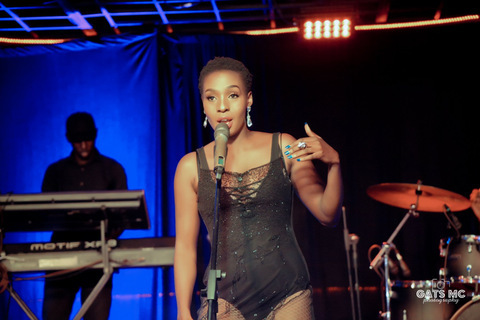 Dancehall singer Cindy Sanyu has named top Ugandan artistes that have made the ongoing lock down worthwhile.

Speaking during a recent interview, Cindy noted that amid the lock down, some artistes dropped great projects that lifted up the spirits of music lovers and Ugandans at large.

Taking the first place in her list is singer turned politician Bobi Wine, who despite the lock down had a great musical experience.

He may not have released songs but Bobi Wine's online concerts were a blast. From the unique lighting, sound system, organisation and top quality direction, we can say Bobi Wine deserves it.

"First of all, I would go with Bobi Wine any day because whatever he is releasing right now is a hit. I think people look at him as a leader so every song or message that he releases goes viral. Most of the COVID songs, nobody cared but when Bobi Wine did a song about quarantine, we listened to him," Cindy said.

Ykee Benda came second on her list, with A Pass coming third. She noted that the two artistes give their best every other day, and therefore deserve to be in the top three.

Two female artistes; Winnie Nwagi and Spice Diana made it to her list of the creme de la creme.

"Among the females, I go with Winnie Nwagi, she is doing good. Every decision she has made for her career is very nice, I sit back and I appreciate. And of course you can't deny how far Spice Diana has come. Even the video she has just shot, the music is good and the brand is moving very well," Cindy said.