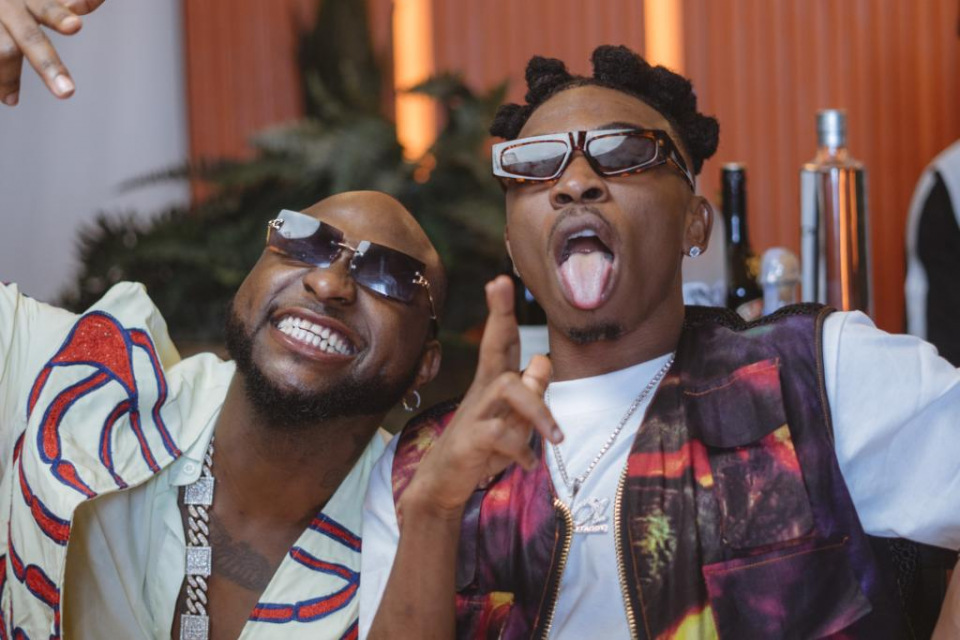 When Nigerian Afro-pop star Mayorkun and superstar Davido team up for a song, their fans always know that what comes out is a viral hit.

The two ranks amongst the finest and popular musicians in Nigeria today, and when they collaborate, they always never disappoint.

Mayorkun also known as Mayor of Lagos on Friday released a new song titled 'Betty Butter' in which he features Davido.

The song was released with a video at the same time, and the video was a hit from the word go.

Celebrating the love that the song has received from fans, Mayorkun took to social media pages to thank those supporting the new song.

"1M YouTube views in less than 48 hrs!! Thank you all for loving ‘Betty Butter’ ft. @davidoofficial Keep streaming across all platforms," he posted on Facebook.

"Reporting live from OBO’s Billie pad! He’s excited you all love ‘Betty Butter’ and he sends his greetings," the 'Geng' hit-maker had earlier tweeted.

'Betty Butter' was also ranking at number one on Apple Music Nigeria ahead of Rema's most recent release 'Woman' and Omah Lay's 'Bad Influence'. 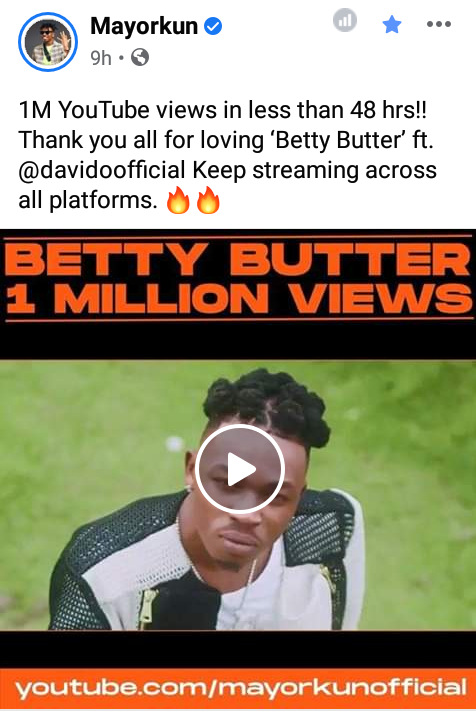 When 'Butter Butter' produced by SperoachBeatz was released, Mayorkun said he composed it following a conversation he had with Davido about social media and women.

"Betty Butter was such a fun track for me to write – I actually took inspiration from a conversation myself and Davido were having about social media, women, etc the video just emulates the song perfectly. Super excited to see the reaction from the fans on this one."