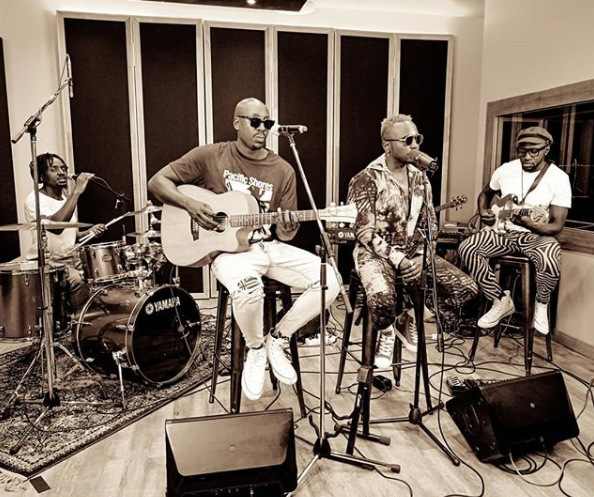 Kenyan boy band Sauti Sol has been maximizing on the digital space ever since the government banned public gathering and concerts due to the corona virus pandemic.

The group has been dropping new videos and musical projects online, entertaining their fans during this crisis time.

In a bid to ensure their fans remain entertained, the group has embarked on a journey of blessing us with some of their old school hits, and we love it.

On Thursday, the group did an acoustic version of their hit song ‘Coming Home’, leaving their fans thrilled and yearning for more.

As usual, their vocals were on point, with Polycarp commonly known as Fancy Fingers blessing us with the amazing guitar beats.

‘Coming Home’ has withstood the test of time. The jam was released ten years ago, but listening to it, it still sounds fresh and amazing.

Before dropping the acoustic version of ‘Coming Home’, Sauti Sol had worked on ‘Blue Uniform’ and ‘Lazizi’.

Meanwhile, the group is current flying high with their latest album dubbed ‘Midnight Train’ that is doing well on all digital platforms.

The album went viral shortly after being released, and is currently one of the most streamed across the continent.