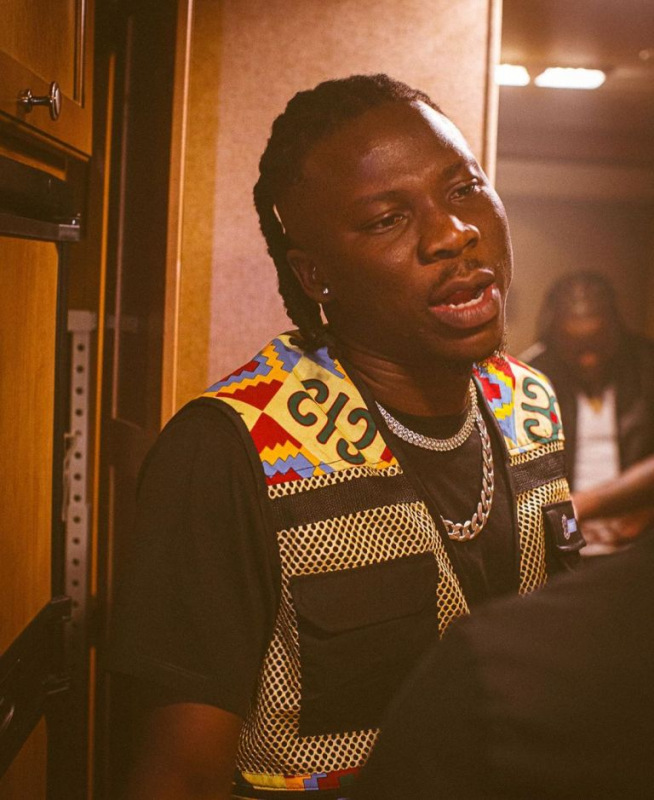 Ghanaian dancehall sensation, Stonebwoy has released behind the scenes footage of the making of powerful music video, Le Gba Gbe.

The video of Le gba gbe (Alive), that was released on the 29th of May 2020, received massive airplay because the fans had been eagerly waiting for it to drop. The song which translates Alive is one of 15 songs on the highly-rated Anloga Junction album which Stonebwoy released in April this year. Stonebwoy sang the song in his native ewe language, paying tribute to his roots.

"Le Gba Gbe which is spoken in the artist’s native tongue of Ewe takes on the theme of mental slavery. But the song doesn't end on a somber note. Its victory is in how Stonebwoy's chronicles the process of breaking away from that counterproductive state of mind in order to enjoy life at its fullest

The award winning artiste mentioned that he filmed the video at his ancestral home because the spiritual song means a lot to him. “The visuals to this spiritual song mean a lot to me and that’s why it was filmed at my ancestral place. It carries the important message of staying true to one’s roots”, Stonebwoy said of his vision.