Mayorkun Shares A Snippet Of Upcoming Collabo With Davido 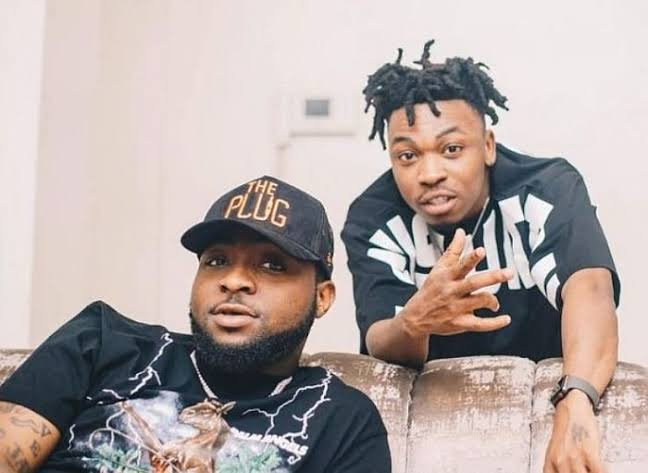 Davido had a few months ago hinted that the new album dubbed 'A Better Time' (ABT) would be officially released in July.

While making the announcement, the DMW boss also dropped hints of various artists that he would feature in the ABT album, among them international rapper Nick Minaj and fellow Nigerian singer Mayorkun.

And as July started, Mayorkun also reffered to as Mayor of Lagos took to his social media pages to give his fans a snippet of what looks like a studio session with Davido in one of their joint songs. 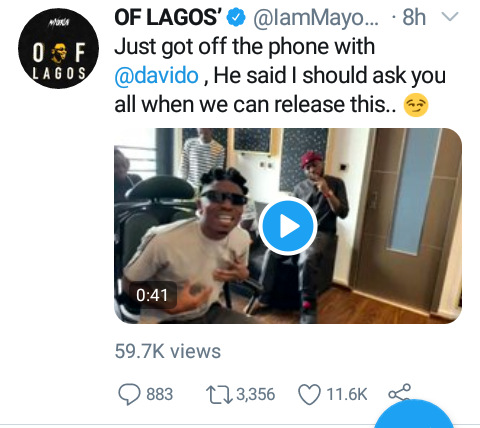 The 'Of Lagos' hit maker while sharing a video of the session tweeted: "Just got off the phone with @davido , He said I should ask you all when we can release this.."

Davido had hinted that the album would have two collaboration songs with Mayorkun.

Other singers expected to be featured in the 'A Better Time' album include Tiwa Savage, and Ghana's Mugeez.

Davido is yet to provide the exact details of when the ABT album, produced by Speroach Beatz would be dropping, but be sure it is this July.

'A Better Time' will be Davido's third studio album and follows a hugely successful 'A Good Time' album that was released on November 22, 2019, through Davido Music Worldwide, RCA Records and Sony Music.