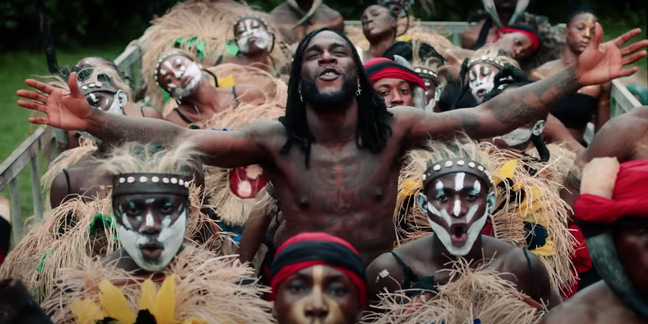 The 'Wonderful' video was released a few hours ago under Burna Boys Spaceship Records and his distribution label Atlantic.

An audio to the second single for the African Giant as Burna Boy is commonly refered to had been released about a week ago.

The video is well executed and clearly brings out Burna Boy's message in the song - painting Africa as a place of peace, relaxation and a continent rich in indeginious traditions and vibes; "a land of warriors, Kings and Queens".

If you loved the 'Odogwu' video produced earlier this year because of the traditional scenes in it, then the 'Wonderful' video is also a must watch.

The video, produced by Jimi Adesanya under JM Films and directed by Director K already looks destined to be a major success as within hours of premier, it had already attracted over 100k views on YouTube.

Burna Boy who recently won a back-to-back BET Award for the Best International Act is preparing to drop a new album titled 'Twice As Tall'.

'Wonderful' is said to be the first single off the upcoming project.

The project is due for release this month and follows the success of his previous project 'African Giant', Burna Boy's fourth studio album that won Album of the Year at the 2019 All Africa Music Awards and was nominated for Best World Music Album at the 62nd Annual Grammy Awards.