Fameye Seeks God's Forgiveness After Having Sex in Public Transport 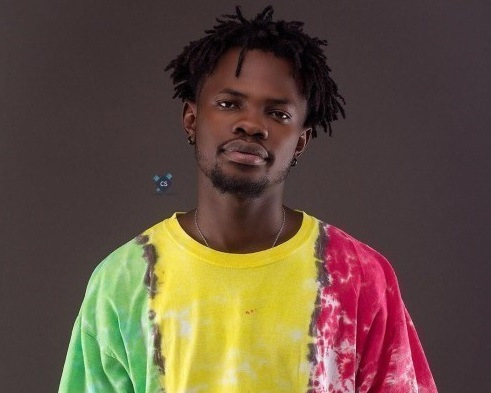 Young Ghanaian Musician, Fameye, has pleaded for God's forgiveness after having sexual intercourse with a lady in a VIP public bus in Ghana.

Fameye recalled this when he was hosted on the ‘30 questions’ segment on Angel Drive, on Accra-based Angel FM. The singer being candid about his past said he once had sex with his girlfriend midway through their journey to Bogoso, a town in the Western Region.

“May God forgive me… I had sex in a VIP bus,” he told host Quophi Okyeame, triggering a resounding reaction of shock from one of the females seated in the studio and live social media listeners.

“We were on our way to Bogoso. The lights were off; other passengers were asleep. She was seated beside me so I made her sit on my laps. It was nice.”

On who his celebrity crush is, Fameye disclosed his incessant admiration for actress Martha Ankomah. According to him, unlike others who may want to only have sexual intercourse with their crush, he wished she would be a life companion.

“I wished she would be my spouse back then. I conceived this three years ago so you can imagine. I’ve been crushing on her,” he stated.

Asked which part of Martha Ankomah’s body attracted him, Fameye said: “her lips. I like her lips and how she speaks. I like her complexion as well.”

Fameye came to the limelight when his hit single ‘Notin I Get’ became the favourite of music lovers.