G.N.L Zamba Explains How he Juggles his 'Baboon Forest' and ‘Nsimbi Music’ Labels 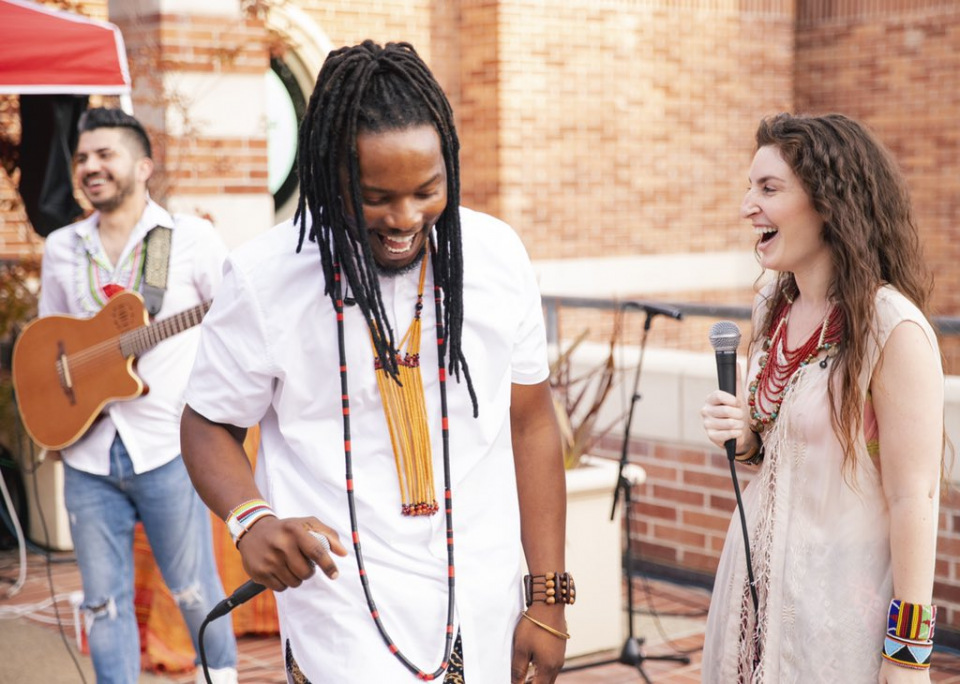 Legendary Hip-hop artiste G.N.L Zamba has been in the US for over five years, living with his longtime girlfriend Miriam Tamar.

Miriam is not only GNL’s better halt, but also his music partner. The couple formed a music duo 'Nsimbi' which happens to be G.N.L's maiden name.

In 2018, they released a music album titled 'Nsimbi' and are in the process of finalizing their second album dubbed 'Infinity'.

Before G.N.L left Uganda, he had a record label dubbed 'Baboon Forest' that he carried on with him. Upon his return to Uganda pre-COVID, he revealed that he was scouting for new talent, especially female artistes to be signed under the label.

In a recent interview, G.N.L revealed how he handles the activities from both music labels easily.

"A person with brains has the ability to multi-task. I can be in Nsimbi music, sing with my wife, and we do world music and at the same time be on my own as G.N.L Zamba doing Hip-hop music, also own a record label and sign other artistes on Baboon Forest as a business, doing Hip-hop. With all those three things; is the diversification I tell artistes about," he said.

G.N.L gave an example of Jay Z who owns Rockafella and at the same time does music with his wife Beyonce.

"It is the same thing. It does not mean that one group is done. God gave us a talent that we can do several things at the same time. I can be G.N.L, be in Nsimbi and own Baboon Forest Record label," he divulged.