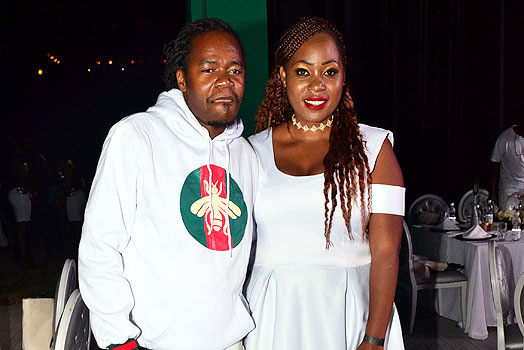 15 years ago, legendary Kenyan musician Jua Cali dropped his hit song ‘Kiasi’, setting him a part as one of the best musicians in the country.

The jam was well produced and had amazing lyrics that endeared Jua Cali to music lovers across the country and world over.

The song produced by Clemmo at Calif records went viral, and dominated airwaves for months, with most people singing it word for word during major gigs.

Several years later, Jua Cali’s wife has reminded us of the viral song after a video of her rapping the hit song surfaced online.

In a video shared by Jua Cali, the wife is heard rapping lyrics of the song, while it plays in the background of a wedding event.

She nails the verse, leaving the crowd cheering and yearning for more.

According to Jua Cali, the video is proof that if he retires, his brand will be in the right hands, and Kenyans will still get to hear his songs and the genge vibe that he has been advocating for.

The video elicited massive reactions online with the likes of Khaligraph, Suzzana Owino praising Jua Cali’s wife for the performance.