Sarkodie Commended By Kaywa for Initiating ‘Behind the Hitz’ Challenge 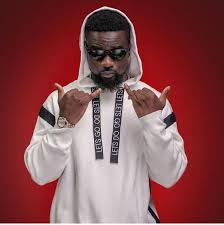 Kaywa, known by his birth name as David Kojo Kyei has showered praises on Sarkodie and claims he deserves commendation for initiating ‘Behind the Hitz’ challenge in Ghana.

“I will commend Sarkodie 100% on any day because when he initiated behind the hitz some people thought he wanted to put the heads of the producers together.

“Some people felt it was a competition to downgrade someone but when it came I totally accepted it from the very day Sarkodie called me on the phone to make me aware.

“This is what we all need in this industry so I will go for it any day. I supported it until today I never regretted being a part of it”.

Kaywa in a virtual chit chat with Cape Coast’s finest radio presenter, Amansan Krakye on GBC Radio Central monitored by MyNewsGh.com revealed that ‘Behind the Hitz’ challenge has been very helpful to the record producers who participated. He added “It has made many people who didn’t know me have noticed me and even most of the production I did in the past have now been recognized.

“It has made me appreciate the process because where we are right now it still feels like we just emerged but we’ve been through trying moments in the beginning when we wanted to give up.

“So when I was playing the song after song it reminded me of the moment when you wanted to give up because you don’t feel music production is your field. Honestly, behind the hitz has been very helpful”.

Popular sound engineer, Zapp Mallet earlier registered his disappointment at Sarkodie for being challenged alongside producers that he was churning hits before they came into the limelight.