Video: Yemi Alade Wows In Her 'Shekere' Performance During 'Global Goal: Unite for Our Future' concert 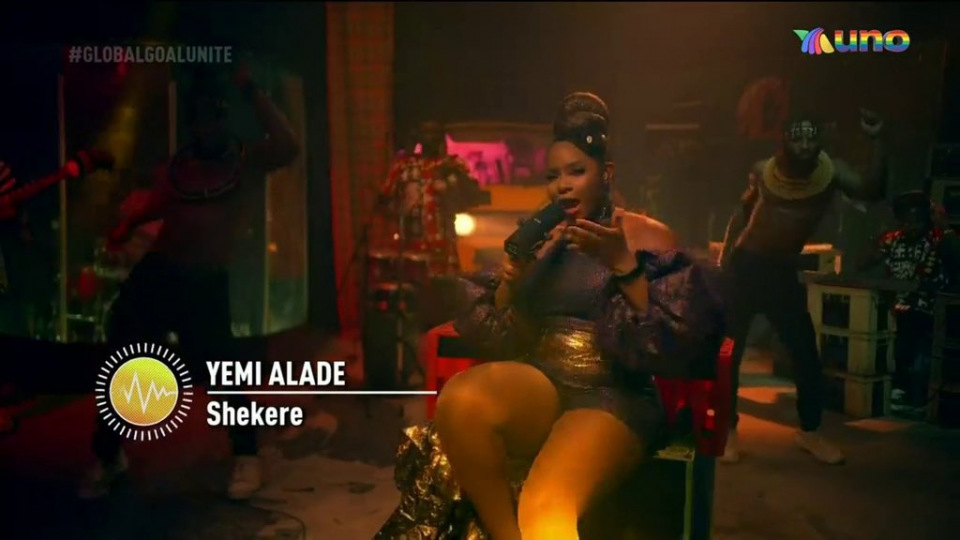 Nigerian Afro-pop superstar Yemi Alade was on Saturday the sole artist from Africa who performed during a 'Global Goal: Unite for Our Future' virtual concert.

The multiple award-winning singer performed alongside several other International artists among them Shakira, Jenifer Hudson, and Justine Bieber.

During the concert, Yemi Alade performed her hit single 'Shekere' in which she featured Angelique Kidjo.

The performance, delivered in a full band with dancers has since been rated as one of the best.

Yemi Alade, glad in halterneck top and shorts started the performance while seated on a chair with dancers behind her and would later on join them in the slique dance moves.

Hailing Yemi Alade's performance during the concert, Global Citizen tweeted: "Thank you so much for your wonderful performance, Yemi! #GlobalGoalUnite." 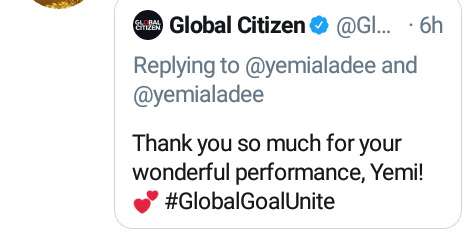 Watch the video posted by Global Citizen on its YouTube channel:

'Global Goal: Unite for Our Future' consists of a campaign, concert and summit calling on citizens to tackle global injustices by using collective voice to drive change for everyone, everywhere.

This year's event was used to shed a light on communities disproportionately affected by the coronavirus pandemic.

'Shekere' is a single off Yemi Alade's fourth album titled 'Woman Of Steel' released in 2019.

The song has been enjoying massive airplay in Televisions and Radio with a video released in February this year attracting over 10 million views on the American online-video sharing platform YouTube.