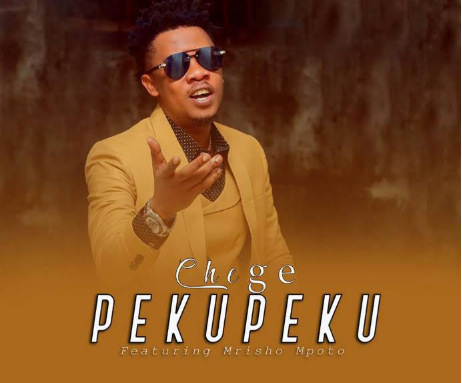 ‘Peku Peku’ is a love song where Chege assures his love of staying with her forever. The song has soft beats that perfectly complement Chege’s voice.

The transition between Chege and Mpito is smooth, and their chemistry unmatched, you’d think they have been singing together for years.

Listening to the new jam, you get to appreciate that Chege is indeed one of the best musicians in Tanzania thanks to his vocal maturity and lyrical prowess.

So far, only the audio version has been released with the video expected later on.

As you stay at home during this quarantine time, you can jam to his new song which is available on Mdundo.

A part from the new release, Chege has other songs that include; Mkono Mmoja, Kelele za Chura, Go Down, Goodbye, Sweety Sweety, Chapa Nyingine, Lover Boy, Wiper among others.

All his songs are available on Mdundo, and can be streamed and downloaded for free HERE.