Azawi Narrates How She Almost Dropped Out of University 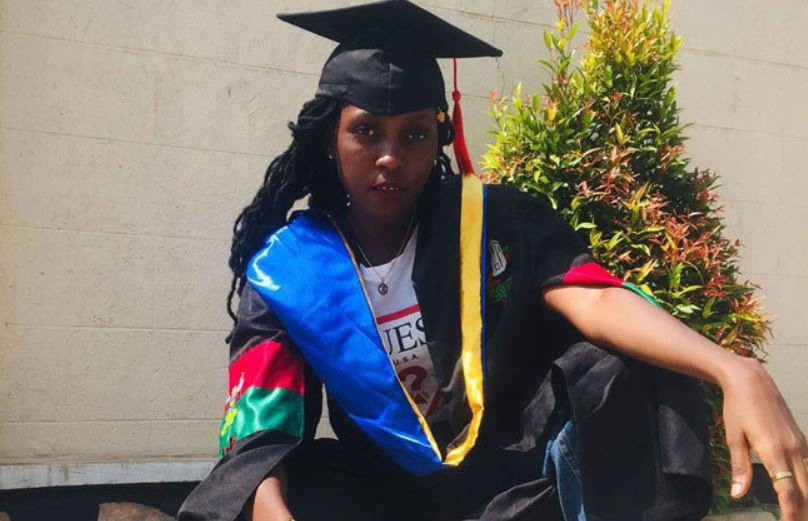 It has been only six months since Zawedde Priscilla commonly known as Azawi signed under Swangz Avenue, but she is already going places, thanks to the label's marketing skills.

When Azawi broke out on our screens, she was still in school pursuing her Bachelors of Commerce, majoring in accounting at Makerere University.

Just like many other artistes, she had a challenge of juggling between school, life challenges and doing music at the same time.

In January this year, Azawi graduated but in an interview with Urban TV, Azawi says she almost dropped out of school.

Unlike others, it is the pressure and complexity from her course that almost forced her out of school. She says while joining campus, she had a dream of pursuing M.D.D or art because she had the talent and the passion but her elder sister thought otherwise.

"There was some influence from my sister because she did the same course but majoring in something else. I did not want it because I knew it is complex and I wanted something so easy. She told me whatever I had was the talent and I needed some different knowledge. I needed to diversify the content I had in my brain it didn't have to be all about music, I needed something else.

"After the first year, I wanted to run away from it. I remember going to the Senate building to change but they told me it was too late to change course," Azawi said.

It was then that she decided to concentrate more, put her mind on it, love it, do research and understand it so that she would pass and graduate.

"People should learn that a challenge is an opportunity. Sometimes you can see like it is dragging you down but it is always an opportunity. The knowledge I have now will help me in life,” she said.