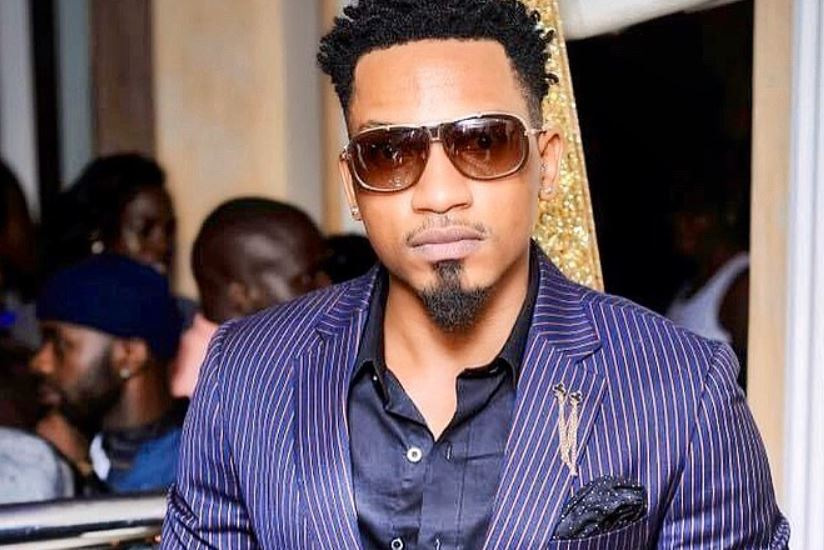 Fans of Ugandan gospel artiste George Timothy Lubega are all smiles after the musician announced that he will be dropping a new album soon.

The 'Igwe' hit maker has been off the music scene for close to nine months.

His last release was a collabo with fellow gospel artist Levixone titled 'Brekette' that dropped in August 2019.

Exodus made the revelation on his official Twitter handle, after a fan Karma Kalvyn opened up on how much he missed the gospel crooner's music.

Taking to the replies, Exodus revealed that he was really working hard on his music and from next month, July, he would be releasing his music album that he has been working on for close to two years now.

"From next month, I'm getting back to business. Been working on a full album two years now and I'm short only 4 songs. So I'm starting to shoot,'' Exodus revealed. 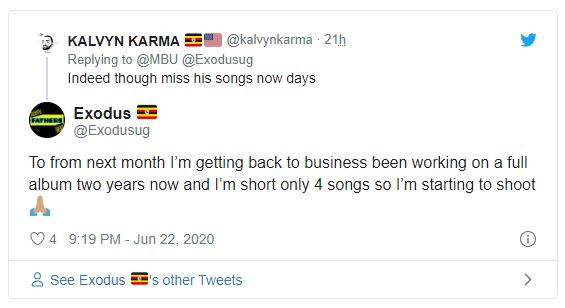 Exodus is known for songs like Ganja Man, I am Walking, Teli Ddogo, Tosumagila, Happy and many others.

He is among the top Ugandan urban artistes that have held the gospel music flag so high.