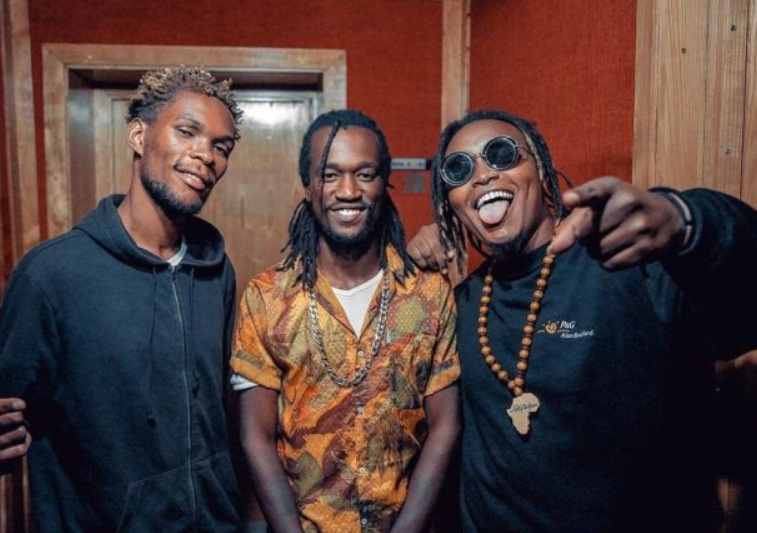 ‘Mpenzi Mtazamaji’ is all about having a good time, with members of the groups seen sipping their favourite drinks in the video.

Unlike most of the songs associated with both groups, this is slow and has soft beats. It does not sound like the usual noisy gengetone songs we are used to.

The video is simple and has been shot in one location, probably due to the current corona virus pandemic that has since the government put in place movement restrictions across the country.

Six hours after it premiered, the video is doing relatively well with over 35,000 views on YouTube.

The new project ends speculation among The Kansoul’s fans who were concerned about the status of the group, considering that they have not been consistent in releasing new music.

The group’s last project was back in March when they featured on Bahati’s hit song ‘Kirerembe’.

Meanwhile, both Mejja and Kansoul have been taking part in solo projects. A month ago, Mejja worked with Femmi One on viral hit ‘Utawezana’ and later featured on Otile Brown’s new album ‘Just in Love’.