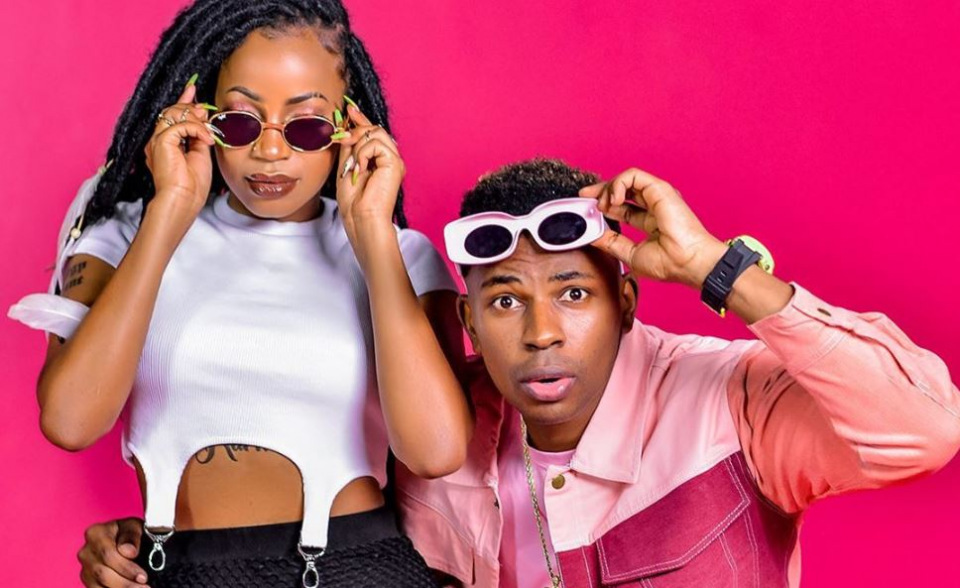 Team No Sleep artiste Sheebah Karungi and Crysto Panda have finally dropped the much anticipated video to their 'Kyoyina Omanya' remix, few weeks after the audio dropped.

Due to the lock down ban on public gatherings and restriction of movement, artistes can't shoot music videos in places they want, and with the crowd they want around.

This is the case with Sheebah and Crysto Panda who were forced to shot the 'Kyoyina Omanya' remix video at a confined space.

In a bid to spice up the video, the duo incorporated dance choreographies from H2C Dance Company and Smash Dance Crew.

On her part, Sheebah does not disappoint as she shakes her curvy body, also exposing her behind in a see through skirt.

The video was shot and directed by 'Aaronaire On Set' who gave it some color to make it more eye catching.

The self-styled King of the Mic dropped the original version of 'Kyoyina Omanya' earlier this year and it has really been received well across the country.

To make it more popular, Crysto Panda reached out to Sheebah Karungi for the remix. The style and genre of the song perfectly complements Sheebah Karungi's music style.