Weasel is Suffering from Depression, Pray for Him – Pallaso 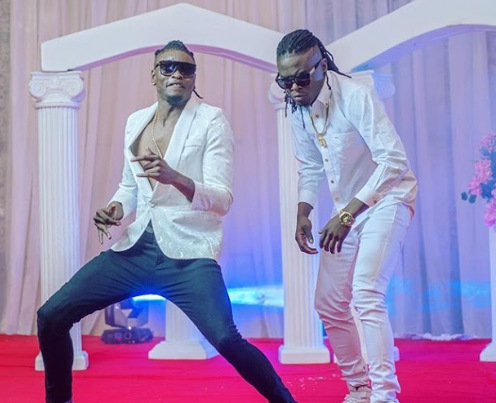 The remaining half of the Goodlyfe duo Weasel Manizzo has been the same ever since the unfortunate demise of his music partner, friend and brother Mowzey Radio in February, 2018.

His elder brother Pius Mayanja commonly known as Pallaso has called upon Ugandans and music fans to lift his brother in prayer.

The Sucker Free Boss who was a guest artiste at Pastor Wilson Bugembe's weekly Sunday Service at Worship House, Nansana revealed that his brother is still battling with depression due to the many issues in his life, and it is only right to show him love and support.

"Weasel is alright of course but he is still depressed. He is going through a lot and as our brother, we need to pray for him, love him and show him we still appreciate him while he is still alive. Although Radio passed on (R.I.P), we should treasure Weasel because that is what we are all destined for," Pallaso told Pastor Wilson Bugembe.

In a song, Pallaso prayed for God to send a shining star to lead Weasel through the darkness.

Pastor Bugembe revealed he has a song thanking God for Weasel's life despite Radio Mowzey's death.

He called upon people to treasure Weasel as he is the surviving Goodlyfe crew member.

Over the past week, Weasel has been trending in the media for all the wrong reasons. This was after producer Genius Goddy filed a suit against him claiming that he had vandalized his studio equipment.

According to the producer, the 'Guwooma' hit maker, alongside his two friends showed up at his studio and destroyed his studio equipment, taking a hard drive that contains other people's unfinished music.

The matter is currently under investigation by the relevant authorities.