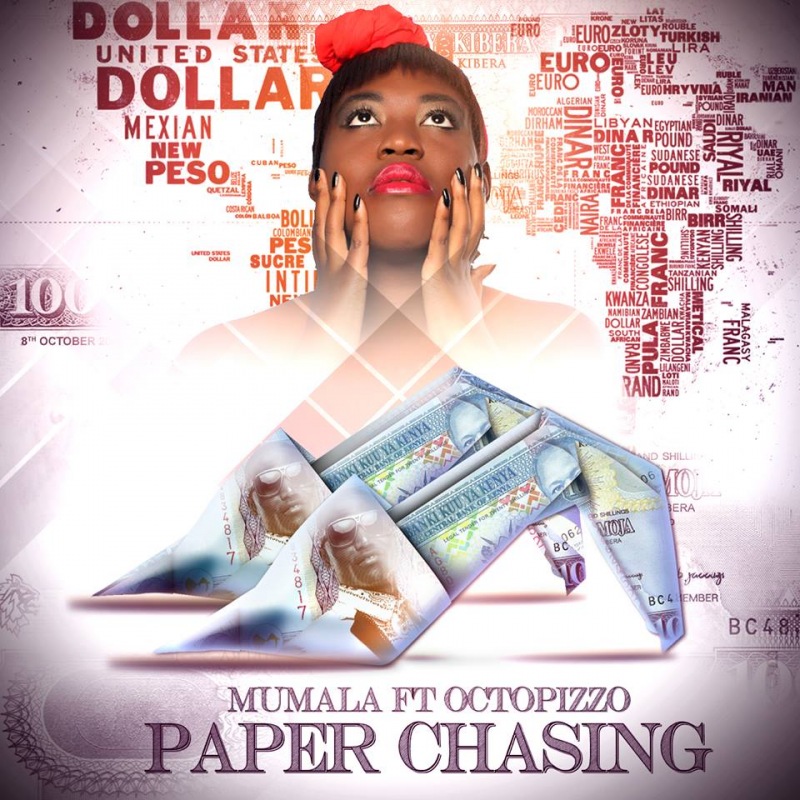 New comer Mumala has offered some background on her new remix 'Paper Chasing', in which she features Octopizzo and surprisingly, she revealed during an interview with Mdundo that Octopizzo was the one who contacted her and made it happen,

" I had released this song last year and since i study abroad i had to go get back to my studies and it was at this time that Octopizzo contacted me. He had heard the audio and said that he wanted to work with me so that's how the partnership happened"  stated Mumala.

Mumala further shared with Mdundo that she was very pleased and ecstatic at how the remix turned out and she believes it helped strike a balance in her music,

" It was an amazing experience working with Octopizzo and Polycarp who is the producer of the song; alot of people tell me that i tend to sound 'westernized' in my music since my focus is Neosoul and RnB, so i was looking for a way to maintain my niche but at the same time strike a balance with my music and i think the partnership with Octopizzo worked out so well"

The remix which was dropped last night has so far recieved rave reviews amassing a total of over 900 views on YouTube and speaking to Mdundo earlier on Octopizzo revealed that him working with Mamula is a way of showing his support and uplifting female artists in the industry,

Be sure to have a look at the new single and share your thoughts on it while at the same time following the link tagged below to download the song first.