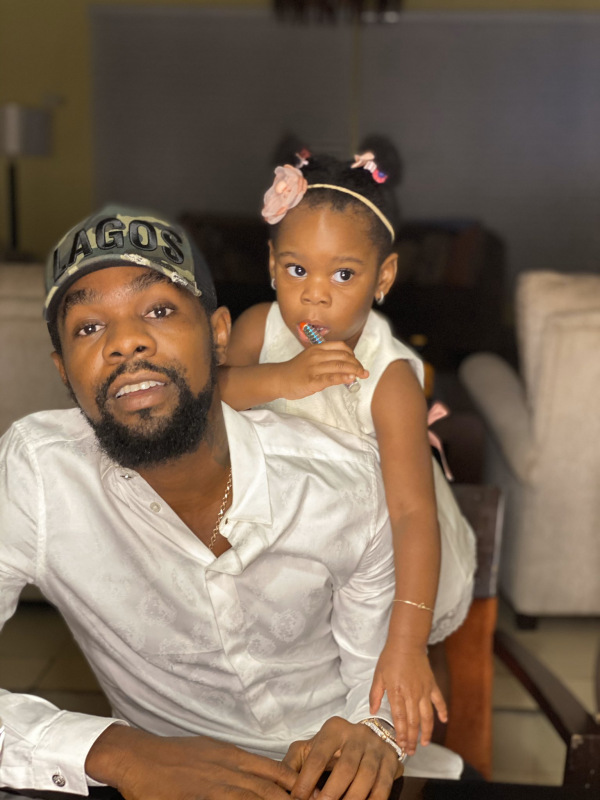 Father’s Day is a day of honoring fatherhood and paternal bonds, as well as the influence of fathers in society.

The day is marked globally on June 21st each year, and this year’s celebrations fell on a Sunday.

Several Nigerian artists took to social media to mark the day in their own style.

Singer and songwriter Naira Marley known as the President of his controversial fan base, ‘Marlians' opted to celebrate single mothers who have taken up the role of fatherhood to their children.

In a tweet, Naira Marley said; “Happy Father’s Day to all single mothers out there.”

For rapper M.I Abaga, he posted a photo of his father and shared with his Twitter followers a thread, of how his mother described him (his father) as a good man. 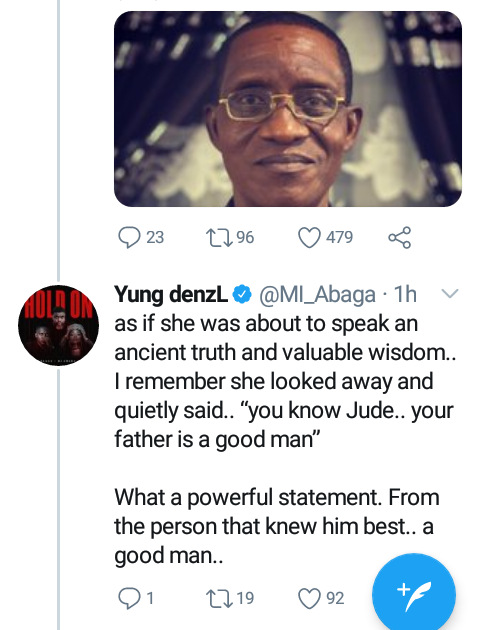 “The highest compliment I believe can be paid to a man is what I heard my mother say about my father. I was a young boy having a conversation with my mother, I can’t remember exactly what about ..but I remember the moment felt heavy, as if she was about to speak an ancient truth and valuable wisdom. I remember she looked away and quietly said… “You know Jude .. your father is a good man” What a powerful statement. From the person that knew him best…a good man,” said M.I Abaga in the tweets. 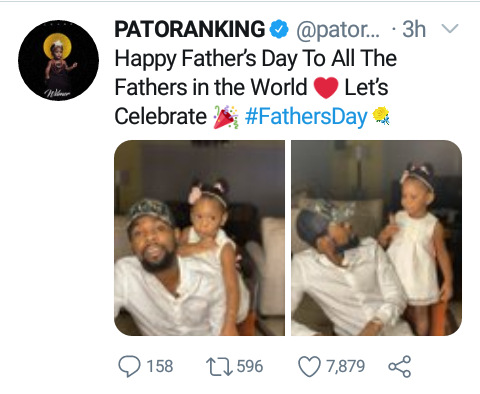 Nigerian reggae-dancehall singer and songwriter Patoranking on his part shared a photo of his daughter while wishing all fathers across the globe a happy father’s day.

He tweeted: “Happy Father’s day to all the fathers in the world let’s celebrate #Father’s Day”.