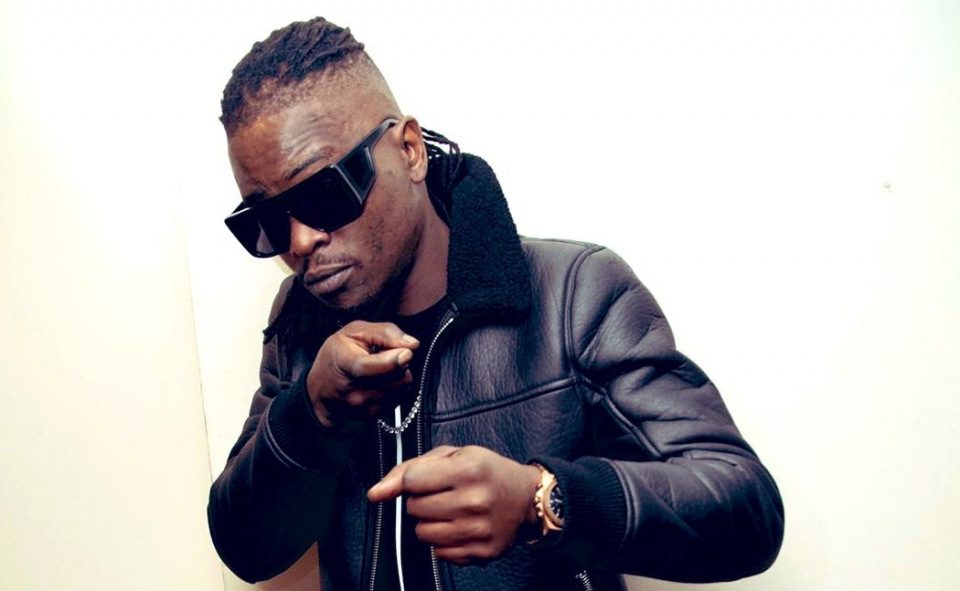 Goodlyfe crew artiste Weasel Manizzo is in trouble after a producer reported dragged him to the police over claims of vandalism.

According to producer Genius Goddy, the 'Guwoma' hit maker together with two other friends reportedly showed up at his studio and destroyed his studio equipment, and took a hard drive that contains other people's music.

"I did not attend his birthday and he showed up at my studio at around 6:30 asking for the truth if I don't love him anymore. When I got out, we talked but he chose not to listen because he was drunk and he did not give me time to explain.

"They were coming from the Goodlyfe studio with Messiah, and asked me how much I was selling my sound card. When I told them I was not selling, they said they would break it and give me money because I'm poor. He told me how he is a BET artiste and untouchable. They dismantled my computer and pulled out my cables. All this while, he was reminding me how poor I was and how he would pay me.

"They took my hard drive. There is a lot of data for different artistes because I work for many people. Jammie Culture has two albums in there. In this period I have been working for people outside Uganda," Goddy said. 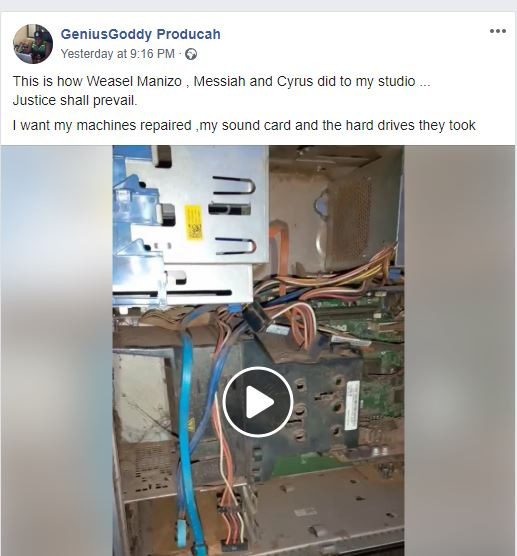 Goddy said he tried contacting Jose Chameleone for help with his brother, but he did not get the chance to meet him.

"I cried while talking to Chameleone and I explained everything that Weasel did. He promised me to be calm saying he would be coming to settle this but I waited in vain,” he said.

Seeing that nothing was happening, he decided to report the matter to the police who have started investigations into the issue.

The producer wants Weasel to pay up for his sound card, CPU and bring back his hard drive.

Goddy is the brain behind several top songs like; Kilila (Pallaso), Guwooma (Weasel), Kimuli (Weasel and King Saha) among others.