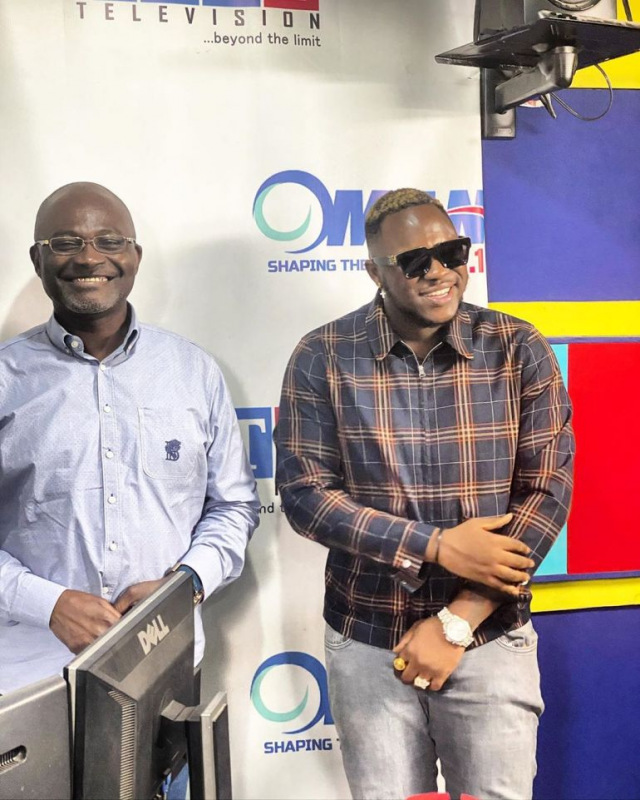 The bond between the self-acclaimed swag King Kong, Medikal, and the Member of Parliament for Assin Central Hon. Kennedy Ohene Agyapong has moved to a whole new positive level.The rapper and politician have joined forces to hit the studio and have recorded a song together.

This comes, barely three days after the rapper paid a visit to the lawmaker at his Kencity Media office located at Madina, a suburb of Accra. Medikal‘s “Island” album precedes “The Truth” album and it is made up of six songs.

Last month, Medikal called to speak to Kennedy Agyapong during the latter’s live radio interview on Y 107.9 FM. Following that encounter, their bond continue to grow each day. It is not surprising that he is getting him on his forthcoming work.

The reigning rapper of the year, shared the good news to fans and followers on social media and said the track list four of his ‘Island EP’ features the Member of Parliament. He wrote; “Track 4 features Hon Kennedy Agyapong on #IslandEp guess the title ?.”

This is going to be on of the mind-blowing features in the musical industry and the fans are eagerly waiting for its official release.